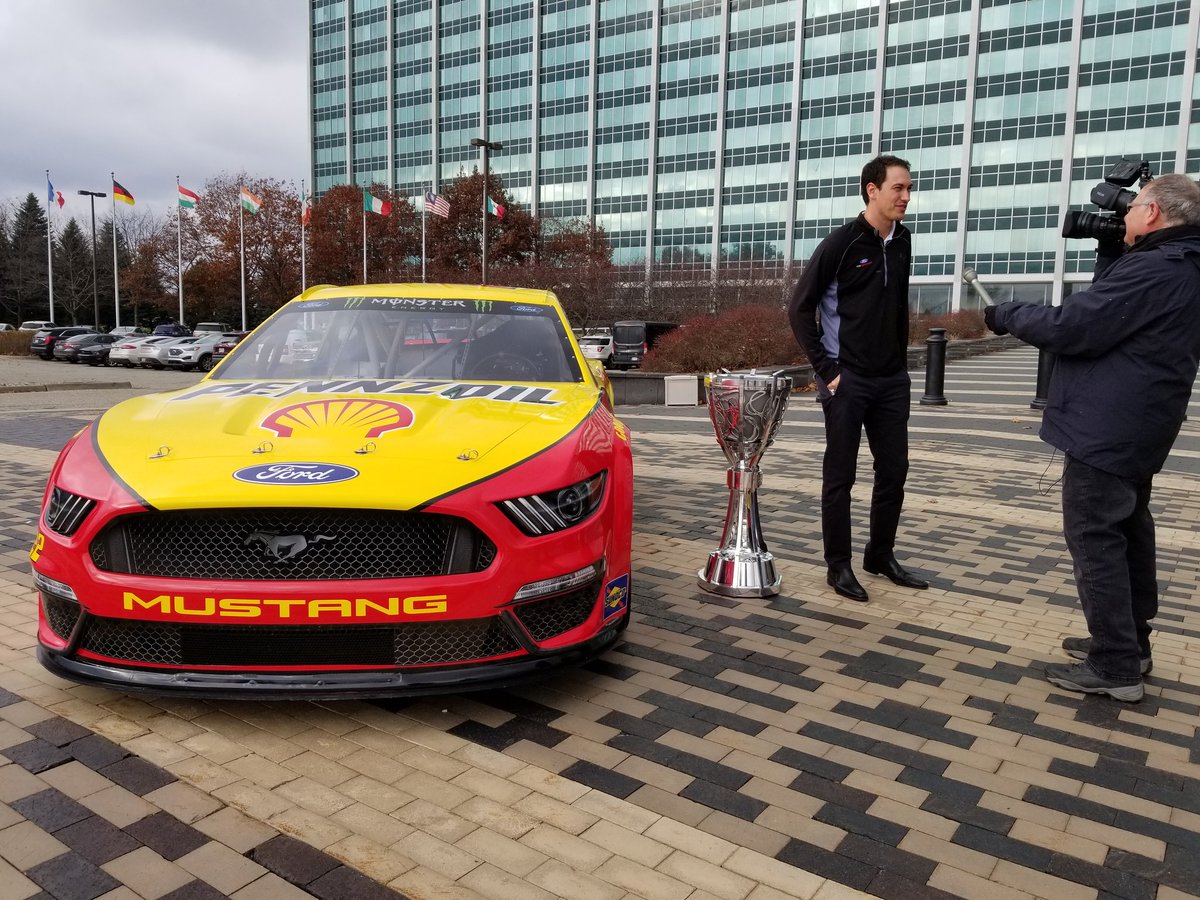 The new Ford Mustang announced its arrival into the Monster Energy NASCAR Cup Series in emphatic fashion—sweeping the top three positions in each of the two Gander RV Duel at Daytona 150-mile qualifying races on Thursday night.

Team owner Jack Roush, for one, is delighted that the Mustang has finally ascended to the Monster Energy NASCAR Cup Series. Roush, after all, has fielded Mustangs in a wide array of motorsports pursuits in a career that spans more than five decades.

“The Mustang is a river that runs through for me,” Roush said on Friday at Daytona International Speedway during a press conference with fellow Ford team owners and Mark Rushbrook, global director, Ford performance Motorsports. “Fifty-three years ago, I loaded my first Mustang on the truck and took it to the (drag racing) Winter Nationals.

“I’ve watched the Mustangs be raced in a myriad of classes, road racing and drag racing. We’ve taken it to Bonneville, Pikes Peak. We’ve taken it to Europe. The Mustang has finally taken its rightful place at the top of the stock car arena with NASCAR. It’s been something that I’ve watched come over a period of time that I’m very proud of being a staple with (Ford) for all those years.”

Growing pains may still surface in the transition from the Fusion to the Mustang this year, but to a great extent, any apprehension that may have existed was allayed substantially by the Fords’ performance in last Sunday’s Advance Auto Parts Clash, where Paul Menard ran up front until contact from Jimmie Johnson’s Chevrolet sent him spinning, and in the Duels, where Fords finished 1-2-3 in both races. If you are a fun of these cars, check here this vintage Mustang cars on sale.

Stewart-Haas Racing co-owner Tony Stewart says such transitions have become routine for his organization, which made the jump from Chevrolet to Ford before the start of the 2017 season. And the ability of the Ford teams to work together at superspeedways has led to the carmaker’s dominance at those tracks.

“As far as preparation for this year, I think Stewart Haas Racing probably has been one of the teams that are used to hitting curve balls left and right,” Stewart said. “To sit here and switch body styles over the winter, as much as that’s a huge undertaking for everyone, I think it’s just another walk in the park for our guys.

“They’re so used to it from adding teams in consecutive years, to changing manufacturers, changing body styles. It’s just a layup for our guys. I’ve had all the confidence in our group. We have cars that are fast down here. I think we all learned last year, especially at the restrictor-plate tracks, when we get these Ford teams together, it’s really hard to handle all of us if we’re working together.

To Stewart’s point, before Austin Dillon triumphed in last year’s Daytona 500, Ford drivers had won three straight races at the track. At Talladega, Ford has a current seven-race winning streak, with reigning Cup champion Joey Logano accounting for three of those.

“We really began a collaboration back then from the standpoint of how to make the cars better,” Penske said. “With the thought of the new Mustang, all of us had the opportunity with our technical people to sit down and interface with Ford’s performance team. Whether it was wind tunnel, scale tunnel, all the things that go together, they were key. Each of us had a piece of that.

“From our preparation, you have all these cars that are Fusions. We don’t have just four or five cars in the stable. You have multiple cars that have to be changed over. It puts a big pressure on us. The good news was Ford provided us the pieces that are specific by NASCAR. We had those in time in order to build these cars, which I thought was good.”

Penske also credited engine builder Roush Yates Engines as integral to the performance of the Fords, describing it as “the cornerstone of our success last year.”

“And certainly, what you saw last night (in the Duels), it’s a big piece of that,” Penske added. “They should get a big thank-you for that. It’s just a total collaboration. We’re racing each other when it comes to Sunday.

“But I think what we learned is we can work better together during these races. You could see it last night and during the season last year. We all want to win, but I think that’s key to get us to that point where you have five or 10 laps to go, you have a chance to win, (that’s) what we’re all trying to do.”