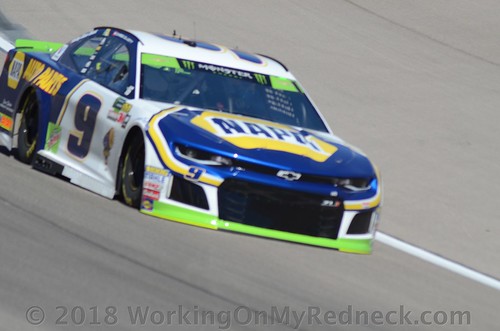 There are 19 Daytona 500 victories and 25 Monster Energy NASCAR Cup championships among them – as an owner and/or a driver in the sport. The four Chevy team owners joined Chevrolet’s U.S. vice president of performance vehicles and motorsports Jim Campbell to offer their opinions on Sunday’s season-opening Daytona 500 (2:30 p.m. ET on FOX, MRN and SiriusXM NASCAR Radio) and the 2019 season.

Chevrolet couldn’t be more eager to return to champion status. It’s won 10 of the last 14 Cup titles – it’s last by Jimmie Johnson in 2016. And it likes its chances both long-term and short term.

“Great things happening with NASCAR. We’re working very closely as part of the NASCAR OEM council on kind of marketing fan experience as well as the competition side. We’re looking forward to the year.

“It’s a real honor to be racing with Richard and Rick, Chip and Richard Petty. Three Hall of Famers for NASCAR, and Chip obviously won every big race in every category. Real honored to be here with them and you all.”

The ownership foursome boasts some of the sport’s biggest names in their driver lineup and claims some of the marquee moments in recent NASCAR competition.

For Childress, whose grandson Austin Dillon is the defending Daytona 500 winner, his relationship with Chevrolet goes back to his own racing days – long before he was fielding cars and winning championships with the late seven-time champ Dale Earnhardt in the 1980s and 1990s.

“I was racing Chevys way before ’69, but I ran a ’69 Camaro here in Daytona 50 years ago,” Childress said. “It’s been a great ride.  We wouldn’t be where we are today, RCR wouldn’t be, without General Motors, all the support from Chevy, engineering, all the help they’ve got.

“When you get a manufacturer like GM behind the sport, we won so many championships over the years, all of us have, it’s just been a great honor.”

The new Monster Energy NASCAR Cup Series rules package for tracks [not including the 2.5-mile superspeedways in Daytona and Talladega, Ala.] was, not surprisingly, a big topic for the owners to address this week. The new rules will use enhanced aerodynamics and a new engine configuration to produce closer racing much like the sport enjoyed in last year’s trial run, the All-Star race at Charlotte Motor Speedway.

The drivers are open – even optimistic – about the close racing the new rules package is expected to produce and the Chevy owners echoed the positive outlook.

One of the positive results expected of the new package is that it may help control costs, which in turn opens the competition up to even more teams. There has been a lot more “glass-half-full” reactions.

“I think racers, they’re going to spend whatever they got to spend to get the job done,” Hendrick said. “I think NASCAR has done a good job of trying to hold costs down. I mean, it’s a lot of work going on with our CFO’s, not just the Chevy teams, but all of the team owners and presidents are working together to look at what we’re spending, how we can do it for less.

“I think in the future, you’re going to see other things happen with the cars, engine packages, that’s going to reduce the cost.  So NASCAR is really on it.  When you look at it, we talk about a spending cap. I don’t know how you regulate that with all we have going on. I mean, everything is on the table.