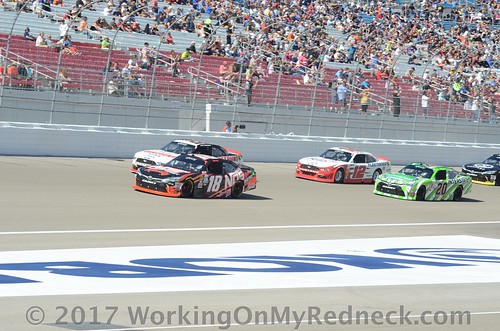 The spoiler is taller and wider. The front splitter is larger, too. And restrictor plates will cut the capability of NASCAR XFINITY Series engines by more than 200 horsepower.

But when the XFINITY cars line up for the Lilly Diabetes 250 at Indianapolis Motor Speedway on Saturday, the most noticeable performance change may come from the aero ducts in the noses designed to create a wake of air and provide trailing cars with a power advantage.

NASCAR adopted these changes to keep cars closer together and to promote passing at a track where getting by another car can be a major challenge.

“Our goal is to get the cars to stay closer together,” said NASCAR XFINITY Series director Wayne Auton. “Hopefully, the passing comes with it. Based on the test, it should create a lot of passing.”

The XFINITY cars will be using .875-inch restrictor plates, the same size as those employed at Daytona and Talladega. Unlike those two tracks, where locking bumpers and sustained pushing are prohibited, Auton says that practice will be encouraged during Saturday’s race at Indy.