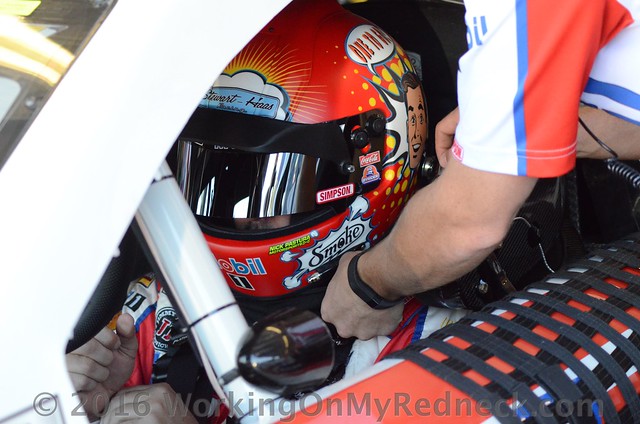 The curtain came down to loud applause early Sunday evening at Homestead-Miami Speedway when Tony Stewart walked off the NASCAR stage for the final time as a Sprint Cup Series driver, ending a career that included three championships and 49 victories.

Stewart drove his No. 14 Always a Racer/Mobil 1 Chevrolet for Stewart-Haas Racing (SHR) to a 22nd-place finish in his 618th and final race on the 1.5-mile south Florida high banks Sunday in the sport’s 2016 season finale.

Overshadowing Stewart’s finish was the NASCAR community’s weekend farewell to a garage stalwart for the last 18 years. Stewart said he could “feel it” throughout his three days in Florida.

“People I haven’t talked to for a long time, people that are friends that I haven’t seen or heard of from a long time, reached out this week, and it’s been pretty cool,” said Stewart, who visited the media center for a final time as a driver and took a group picture with every crewmember present that he’d ever worked with Friday afternoon.

“Nothing in particular really struck a nerve, but it’s just the overall support from everybody was really awesome,” he said.

After holding a special place on the prerace grid, honors at driver introductions and leading a parade lap behind a No. 14 banner, Stewart started Sunday’s season finale in 11th, driving a special paint scheme that carried each SHR employee’s signature.

The No. 14 held its own in the early going before going down a lap to the leader prior to the 100-lap mark. The crew used each pit stop to improve the handling and made progress throughout the race.

“I’m still having fun out here,” joked Stewart as he and half the field were a lap down racing for the free pass at lap 125.

Stewart and crew gambled on pit strategy with 100 laps to go by not pitting while others gave up track position to visit pit lane for fresher tires. The strategy moved Stewart from 34th to 23rd, but he fell down a second lap to the leaders. Only 13 cars raced on the lead lap at the time.

As the sun set, the intensity picked up along with the speeds. However, despite several strategic gambles in the closing laps, Stewart could never regain either of the lost laps and finished two laps down.

Stewart ends an impressive final season 15th in points with an SHR team led by crew chief Mike Bugarewicz. They combined for five top-five and eight 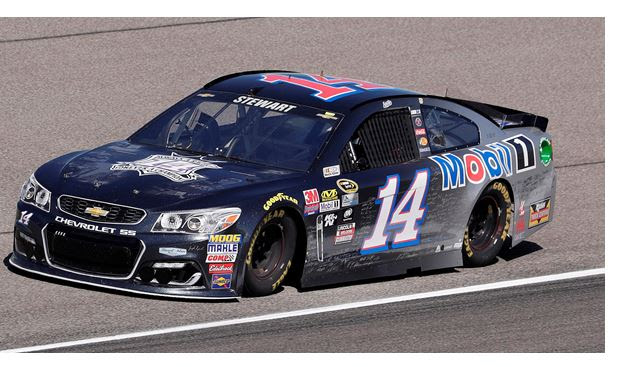 Fans and competitors will remember Stewart for more than statistics. The Columbus, Indiana, native who grew up on the dirt short tracks of the Midwest brought an authenticity to NASCAR rarely found in any professional sport. He summarized the philosophy that made him one of the most popular drivers in the sport’s history:

“It’s been a lot of fun,” Stewart said. “The great thing is I’m not really going anywhere. In the big picture what is changing really isn’t in my big picture – it’s not really a huge change, because 90 percent of the stuff that I’m already doing I’m still going to continue to do. It’s a big part obviously in the racing world, it’s a big change, but for me it’s not going to be that big of a change. I just look at it like it’s halftime of the ballgame in all honesty. This is the end of the first half, and next season we start the second half, and it’s going to be just as much fun if not more fun than this first half was. I’m excited about finishing this chapter, but I’m really excited about starting the next chapter next year. 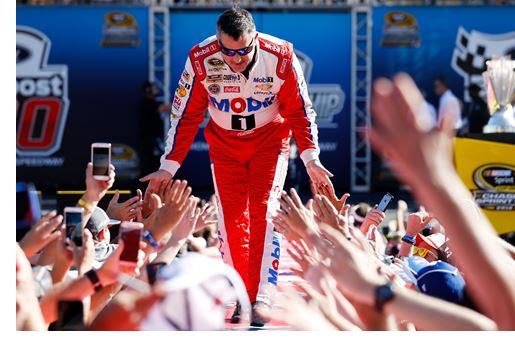 Stewart will confine most of his racing to open-wheel cars on short ovals in the coming years, but his next NASCAR milestone as a driver will likely come in three years at the NASCAR Hall of Fame.

Kevin Harvick, driver of the No. 4 Jimmy John’s Chevrolet SS, led the four-car SHR contingent Sunday by finishing third. It was his 17th top-five and 27th top-10 this season and his eighth top-five and 14th top-10 in 16 career Sprint Cup starts at the 1.5-mile oval.

Harvick started from the pole for the second time this season and led 79 of the race’s first 85 laps.

Danica Patrick, driver of the No. 10 TaxAct Chevrolet SS for SHR, finished 19th.

Kyle Larson finished .466 of a second behind Johnson in the runner-up spot, while Harvick, Joey Logano and Jamie McMurray rounded out the top-five. Kyle Busch, Matt Kenseth, AJ Allmendinger, Denny Hamlin and Michael McDowell comprised the remainder of the top-10.

After the race, Johnson presented Stewart with the helmet he wore Sunday.

The 2017 season kicks off Feb. 18-26 with the traditional Speedweeks at Daytona (Fla.) International Speedway. The 59th Daytona 500, the first points-paying race of the season, is scheduled for Feb. 26and will be broadcast live on FOX.