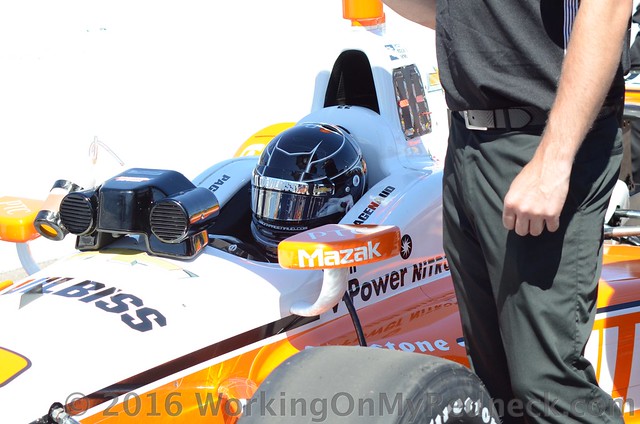 Combined with the pageantry and celebrity spotlight of Southern California, the Toyota Grand Prix of Long Beach often shines its light on the talent of Verizon IndyCar drivers.

Today, it was the ingenuity of race strategists that made the difference, as Simon Pagenaud used timely pit strategy to vault to the front and win the 33rd Indy car race on the 1.968-mile temporary street course and extend his lead after three races of the 2016 championship. It is Pagenaud’s fifth career Verizon IndyCar Series win and first since the second race of the Houston doubleheader in 2014. It is the Frenchman’s first since joining Team Penske last year.

“This is my favorite street course,” Pagenaud said. “To win here, especially in Indy car, given the level of competition, is amazing. The PPG car is good luck on me. Every time I’m in that car, I’m on the podium. I’m glad to represent those guys and glad to represent Chevrolet as well. First win (that he has secured) for Roger (Penske), so check.

Pagenaud, driver of the Team Penske No. 22 PPG Automotive Refinish Chevrolet, started from the inside of Row 2, while teammate Helio Castroneves (No. 3 Auto Club of Southern California Chevrolet) paced the field after earning the Verizon P1 Award on Saturday, when all four Team Penske entries qualified in the top six.

Turn 1 at Long Beach is notorious for first-lap clashes, but the 21-car field avoided contact, and despite some minor bumping in the opening lap, remained clean through the early stages of the race. Castroneves led the field from the get-go and was quickly joined by Pagenaud, as he jumped Scott Dixon’s No. 9 Chip Ganassi Racing Target Chevrolet for second place on Lap 2.

The 80-lap race would run caution-free, the fourth time in Long Beach history but first since 1989. It is the first caution-free Indy car race anywhere since Mid-Ohio in 2013.

Early movers in the beginning of the race were 2010 Long Beach winner Ryan Hunter-Reay (No. 28 Andretti Autosport DHL Honda) and Graham Rahal (No. 15 Rahal Letterman Lanigan PennGrade Motor Oil Honda), who both vowed to be aggressive and passed several cars  in the first few laps. However on Lap 40, Hunter-Reay abruptly pitted out of sequence and dropped to 20th, en route to an 18th-place finish. Rahal, on the other hand, continued his march forward throughout the day, running into the top ten but ultimately finishing 15th when he ran out of fuel on the final lap.

While the leaders pitted for the first time, Chip Ganassi Racing’s Charlie Kimball (No. 83 Tresiba Chevrolet) led briefly on alternate strategy. Teammate Dixon was able to stretch his fuel mileage Lap 28, vaulting him back in front of Pagenaud once the leaders cycled through.

In the second pit cycle, Dixon dove into the pit lane on Lap 51 amidst slower traffic and emerged ahead of Castroneves when the pole sitter pitted on Lap 52. Yet it was Pagenaud who had the last laugh, pitting on Lap 53 and jumping out of the pits in front of Dixon. Pagenaud would be warned for improper lane usage during his re-entry to the racing surface, but would go on to extend the lead and beat Dixon across the line by 0.3032 seconds — the closest finish in Long Beach history.

With the victory Pagenaud has increased his points lead to 14 points over Dixon.

TIL NEXT TIME, I AM STILL WORKING N MY REDNECK! 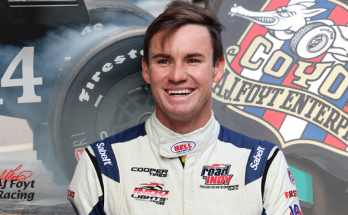