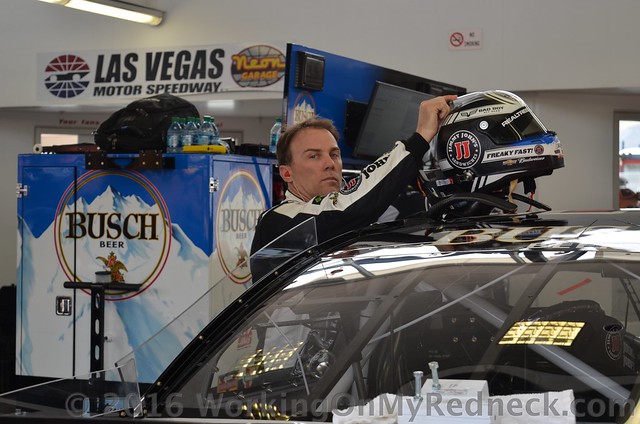 As the NASCAR Sprint Cup Series heads to the high-banks of Bristol (Tenn.) Motor Speedway for Sunday’s Food City 500, Kevin Harvick’s No. 4 Chevrolet SS will feature the familiar blue color of ditech, a national lender and service provider of residential mortgage loans.

Ditech is also giving race fans a reason to cheer for Harvick and the No. 4 Chevrolet each weekend with its Drive Down Your Mortgage sweepstakes. Each time Harvick wins a Sprint Cup race, ditech will conduct a sweepstakes drawing for a cash prize of $20,000. The prize winner can use the $20,000 for any purpose they choose, including paying down their mortgage. No mortgage is required in order to be eligible to enter or win.

What makes the ditech “Drive Down Your Mortgage” sweepstakes all the more interesting is that Harvick is no stranger to victory lane at Bristol. In fact, he has won there in each of NASCAR’s three touring series.

The Bakersfield, California native scored a Sprint Cup victory at Bristol in April 2005, when he started 13th and led 109 of 500 laps and beat Elliott Sadler to the finish line by 4.652 seconds. He has five NASCAR Xfinity Series wins there with his most recent coming in March 2009, when he started 13th and led 46 laps to beat runner-up Carl Edwards by 0.798 of a second. He also visited Bristol’s victory lane in the NASCAR Camping World Truck Series in August 2011, when he started sixth, led 103 of 200 laps and beat Johnny Sauter by 0.434 of a second.

What makes Bristol Motor Speedway unique to you?

“Well, Bristol is a lot different than it used to be. The fast way around the racetrack is up against the wall, now, so it becomes a little bit harder to pass. They also made some changes to the soft walls on the straightaways last year, so the bottom is even harder to run. We’ll see what the weekend brings and try to keep track position as we go through the day to run up against the wall.”

What do you think about when it comes to racing at Bristol?

“Bristol has never been one of those places that you think about that much, to be honest with you. It just seems like all the action and everything happens for the night races there, for whatever reason. It’s a fun place to race. It’s been a place where we’ve had a lot of success. And, sometimes you go there and you have no success because you run into something. It’s kind of feast or famine as you go there and that’s kind of where we are at right now at this point in our season. We want to win races and, really, nothing else matters at this point except for wins. Hopefully, when we go back to Bristol, we will be on the right side of having some success.”

What has changed since the repave at Bristol?

“I think when you look at Bristol, it’s probably become harder than it used to be to pass just for the fact that you run up against the wall. Plus, you add that short-track element. This weekend, the forecast is for it to be pretty hot and, when it’s hot, it’s frustrating, as well, just because it’s hard to pass and you know that you have to make time. In the end, it usually ends up that you have guys who run into each other and then we all get mad. It can definitely be a place where the tempers flare.”

You’ve won races in all three of NASCAR’s top series at Bristol. How big is it to win a race at Bristol?

“It’s just like anywhere else. You want to win races and Bristol is just another racetrack on the schedule that you want to go to and win. I’ve been fortunate enough to win in all the series there. Hopefully, we can put another win in the win column and go to the next one.”

As always is the case, this weekend’s race will leave some drivers with bruised egos, some with lost tempers, some will have a pile of crumpled sheet metal, and others will just generally feeling  frustrated!