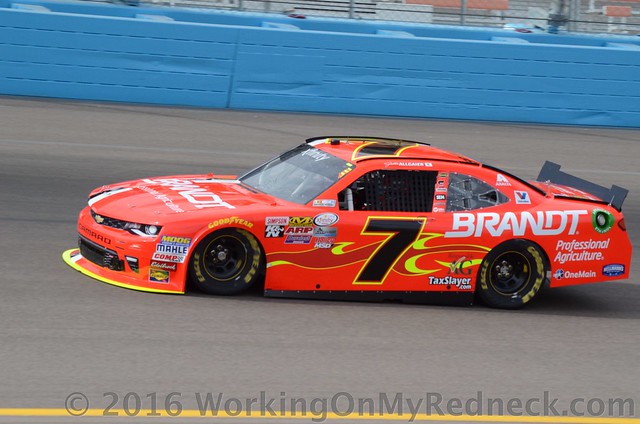 Saturday at Bristol Motor Speedway NASCAR will introduce a new format to the Xfinity Series race.  prior to the 200 lap “A Main” there will be two 50 laps “heat races”.  Those two heat races will determine the starting lineup for the 200 lap feature, kind of like the way that our Saturday night short track racing works.

Below is an interesting look into how the three JR Motorsports drivers for this weekend, Elliott Sadler, Justin Allgaier and Kevin Harick will be attacking the racing there.

Elliott Sadler: “I love coming to Bristol Motor Speedway. It’s one of my favorite tracks and provides a very unique atmosphere. The heat races are going to be interesting, so we will see how that all plays out. Bristol is a place we know we have a chance to win.”

Justin Allgaier: “The Bristol (Motor Speedway) races are always circled on my calendar. It’s where I got my first win. My very first time on the track, I just felt comfortable. Every lap is different when you race there. You have to be focused each lap. And bringing in the Xfinity Dash 4 Cash heat races just adds another layer of excitement for me. I grew up racing on short tracks and heat races were always a part of the program. I can’t wait to unload our Hellmann’s Chevy and get on the track.”

Kevin Harvick: ““Bristol (Motor Speedway) is one of those tracks that you are always excited to race on. I’ve had a lot of good results in the Xfinity Series. The guys have been back at the shop working hard on our short-track program and I am ready to get behind the wheel of the No. 88 Hunt Brothers Pizza Chevrolet this weekend at their home track.”

This new concept of have two heat races will be a very interesting twist to the Xfinity Series.  Additionally, it may add to some added sheet metal work for the race teams, or it may require the backup car to be put into service after the heat races due to  a shortened wheelbase, severe sheet metal crumpling, or a variety of other unforeseen catastrophies!