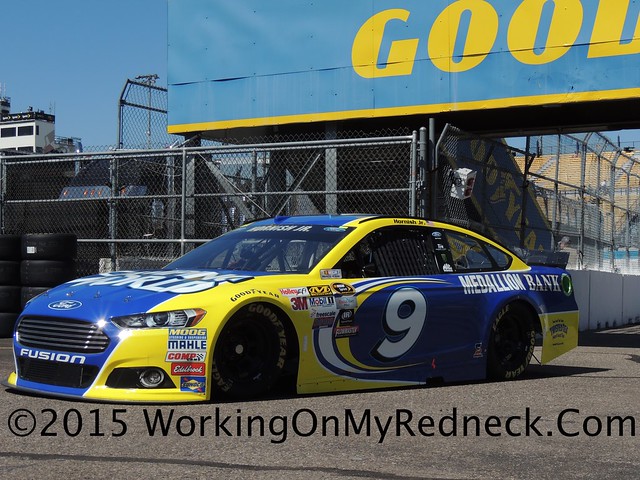 Prior to his full-time return to the Sprint Cup Series this season with Richard Petty Motorsports, Sam Hornish had competed in just 23 series events over the course of the past four years. Twenty of those came from a partial schedule with his former employer Team Penske, and the other two were a fill-in stint for the injured Denny Hamlin and a one-off deal with Front Row Motorsports. RPM came into 2015 with a renewed feeling of promise and an extra skip in their step.

Prior to the Chase last season, Marcos Ambrose announced that he would not be returning to the team, leaving RPM with the task of finding a successor. David Ragan and Hornish were at the top of the list, and it had seemed as though Ragan was leading in the polls. Ultimately, Hornish got the nod and it was well received by his long-standing fan base, originating from his open-wheel days.

The CEO of Richard Petty Motorsports, Brian Moffitt, says that the team is not set on who will drive the No. 9 car next year.

Sam Hornish Jr., in his first year with RPM, is 27th in the points heading into Saturday night’s Bank of America 500 at Charlotte Motor Speedway.

Hornish has three top-10 finishes and eight finishes of 30th or worse this year. He’s scored five top-20 results in the last eight races. After struggles early in the season, Kevin Manion replaced Drew Blickensderfer as Hornish’s crew chief in May.

“We’ve seen good improvement,’’ Moffitt said of Hornish. “He had a great race going at New Hampshire. He was in that range that we needed him to be, that 11th to 16th. We just need to finish. That’s been our issue.’’

Hornish finished 20th at New Hampshire. He was 20th last weekend at Dover.

Performance, though, isn’t the only factor that will determine who will drive the No. 9 car next year.

“Really, what it’s going to boil down to is funding, where that funding comes from,’’ Moffitt said. “We like Sam. We hope that that can continue there, but we’re also looking at all options.’’

Moffitt said the team does not have sponsorship set for the No. 9 car next year.

With Michael Waltrip Racing folding at the end of the 2015 season, look to see David Ragan sitting in the driver’s seat for the RPM No. 9 Ford Fusion when the hauler unloads the car for Speed Week at Daytona in February!

One Comment on “Is Sam Hornish, Jr. On His Way Out Of RPM?”