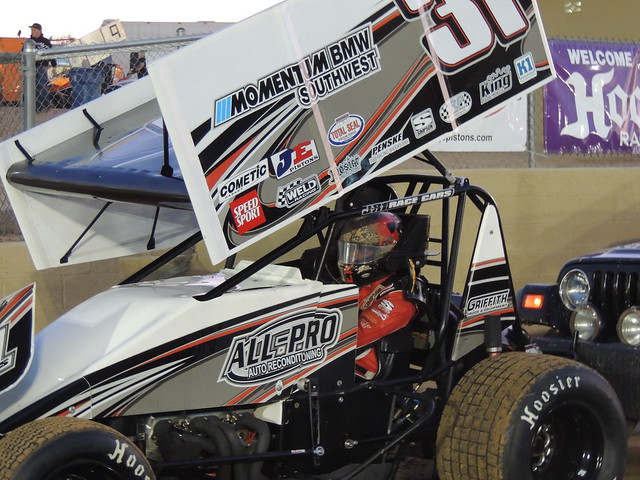 Until June 19th of this year not many NASCAR had heard of Christopher Bell.  Additionally, not til The Mud Summer Classic at Eldora had anyone heard of Bobby Pierce.

That race was just a couple of kids playing in the dirt!

That was the simplest way to describe the spectacle that unfolded in the third annual Mud Summer Classic at Eldora Speedway, where Christopher Bell, 20, won by outdueling Bobby Pierce, 18.

“Just playing in the dirt” would hardly do justice to what the top two finishers in Tony Stewart’s rapidly emerging dirt-track classic accomplished Wednesday night – and the unbelievable ways in which they did it.

This was a spectacular coming-out party for two stellar young guns who might have been well-known to dirt-track fans, but were virtually unknown in NASCAR circles.

They now are on everybody’s radar after delivering an edge-of your-seat, exhilarating show on the half-mile oval that is known for producing what Stewart calls “defining moments.”  Need I add that there were innumerable “defining monments” during the Mud Summer Cloassic at Elodora!

Bell, a USAC open-wheel prodigy who scored his first Camping World Truck Series victory in only his third career start, drove the Kyle Busch Motorsports No. 54 Toyota into the wall about a half-dozen times in wrestling leading the final eight laps.

Pierce, who hadn’t raced a NASCAR truck before qualifying on the pole position Wednesday, slammed into the concrete so many times, the rear end of his Mittler Bros. No. 63 Chevrolet was being held together by pins and tethers – just as he’d expected it would be after taking his cue from watching Kyle Larson nearly win last year with a style just as brutish.

“It was awesome,” said Pierce, a dirt Late Model ace from tiny Oakwood, Ill. “I know a lot of people were telling me before the race, I was going to be the Kyle Larson. Beating down the wall is something I’m pretty good at. I didn’t want to be the guy in second, but Bell did a great job of doing everything right to win the race.”

“This is just unbelievable,” Bell said. “It’s pretty cool that a couple of dirt guys can run 1-2.”

How unexpected was Bell’s win? The Norman, Okla., native didn’t know he would be racing until a week earlier – and he doesn’t have another truck event scheduled this year, if you can believe that.

“Whatever opportunities come my way, I’d be thrilled to take advantage of them,” said Bell, who raced for KBM with sponsorship from Toyota (whose motorsports executives have been staunch supporters). “I never would have thought I’d get the opportunity to do it.”

The NASCAR future is just as uncertain for Pierce, who just recently began running on asphalt in the hopes of jump-starting a stock-car career.

He, Pierce, already seems on the right track considering he posted a career-best finish for team owner Mike Mittler, who had only one top 10 in 212 previous starts of fielding trucks for a roster that includes Carl Edwards, Brad Keselowski and Jamie McMurray before they became Sprint Cup winners.

“Almost any racer who gets this far always has (NASCAR) in the back of their mind,” Pierce said. “Racing dirt late models has been my life, but if it comes to it, NASCAR is definitely something that I’d look to go forward to.”

After Wednesday evening’s performances by Bell and Pierce at Eldora, it is safe to say that their cell phones may begin to “blow up” from some of the NASCAR team owners who witnessed some of the best dirt track racing all year!

FYI: I have witnessed Christopher Bell on numerous ocassions at Calistoga, Chico, and earlier this winter at Winter Heat at Cocopah Speedway just outside Yuma, AZ, and I can tell you that this young man can wheel both midgets and sprint cars!