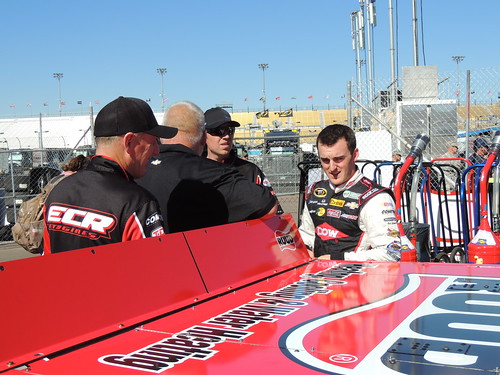 Austin Dillon will return to the NASCAR XFINITY Series with Rheem Manufacturing Company as primary sponsor on Richard Childress Racing’s No. 33 Chevrolet for a majority of the 2015 season.

Dillon, the 2013 XFINITY Series Champion, will drive the No. 33 Rheem Chevrolet under the RCR banner during the 2015 season while maintaining a full schedule in RCR’s No. 3 Chevrolet SS in the NASCAR Sprint Cup Series. He is a two-time XFINITY Series race winner, 10-time pole winner and holds the record for most consecutive poles in series history.

“Rheem is pleased to continue our long association with Richard Childress and his legendary racing organization,” said JR Jones, Rheem President and CEO. “We are looking forward to working with RCR and Austin Dillon again in 2015. Austin has won championships in both the Camping World Truck and XFINITY Series, and we are confident he will put Rheem back in the winner’s circle again in 2015. As a longtime sponsor in NASCAR, Rheem has been proud to be a part of racing’s history and we look forward to being a part of its future.”

Rheem Manufacturing Company has a long history of success with RCR having participated as a primary or associate sponsor since 2007 in various NASCAR series. Rheem has been the official heating, cooling and water heating provider to RCR for more than eight years and was the co-primary sponsor with Realtree of Ty Dillon’s Sprint Cup Series debut this year at Atlanta Motor Speedway.

“The association with Rheem has been a great one for all of us at RCR,” said Richard Childress, Chairman and CEO of Richard Childress Racing. “Rheem’s focus on providing their customers with reliable and innovative comfort solutions is similar to how RCR likes to approach our business. We both represent quality, durability and overall performance. Rheem’s longstanding support of RCR and our sport are appreciated by everyone on our team.”(RCR PR)

Since the Sprint Cup Series is reducing the horse power that those car will produce,  and that will mimick the power in the Xfinity Series cars, it has long been the rumor that more Sprint Cup teams would be putting their Sprint Cup drivers back into Xfinity cars.  This is but the first of the  Cup teams to announce that they are doing so!