Matt DiBenedetto and the No. 21 NewFordTech.com Ford team came away from Saturday’s FireKeepers Casino 400 at Michigan International Speedway with a 15th-place finish that allowed them to remain in contention for a Playoff berth.

DiBenedetto enters Sunday’s second half of a double-header at Michigan 15th in the Playoff standings with a 40-point cushion. The top 16 teams will start the 10-race, season-ending, championship-deciding Playoffs after five more regular season races.

DiBenedetto and the NewFordTech.com Mustang started Saturday’s 312-mile race from 15th place but struggled early with a loose handling condition.

Crew chief Greg Erwin and the No. 21 crew made adjustments on early pit stops, then had to deal with tight handling conditions.

But as the race, a relatively short one by Cup Series standards, reached the latter stages, DiBenedetto began to work his way forward, moving from outside the top 20 to 15th at the finish.

Eddie Wood said the team was able to make the most of a day that didn’t look promising at the beginning.

“They struggled with a really loose car at the start but got it better towards the end,” he said. “Track position is important at Michigan, and we never had any all day.

“But in the end, Matt, Greg and the team did a good job of competing with the drivers we’re battling for a Playoff spot.”

DiBenedetto and the NewFordTech.com team moved to within one point of Clint Bowyer, who holds the 14th spot in the Playoff standings and are 24 points ahead of William Byron, now in the 16th spot.

With the line-up for Sunday’s Consumers Energy 400 set by an inversion of the top 20 finishing positions from Saturday’s race, DiBenedetto will start the race from sixth place.

The green flag is set to fly just after 4:30 p.m. with TV coverage on NBCSN. 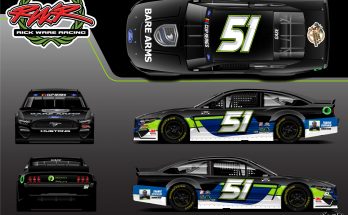 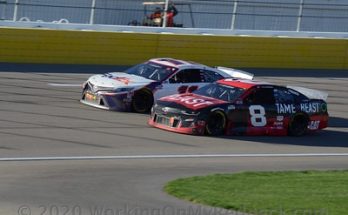 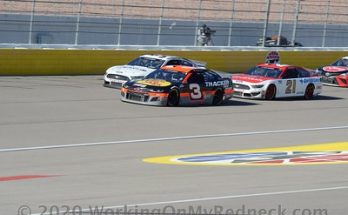 Austin Dillon Just Looks To Be Consistent At Bristol