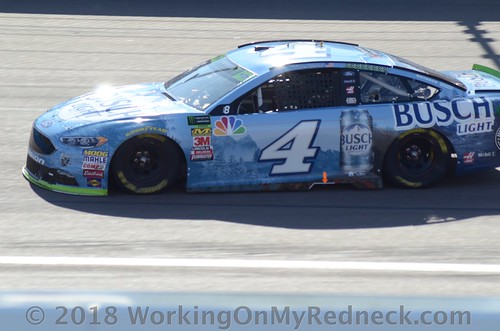 ● Kevin Harvick started eighth in Duel No. 1 and was fourth by lap 12.

● The Busch Beer Car2Can Ford Mustang pitted for fuel only on lap 13.

● On lap 16 Harvick moved to first place, and he maintained the lead for the final 44 laps.

● This was Harvick’s second career win in the Gander Outdoors Duels. His first win came in 2013.

“It handled good when we were behind cars. Last week taught us that we needed to have track position. They did a good job on pit road and got on and off pit road, and then we had a couple Ford Mustangs behind us, as well. Ricky (Stenhouse Jr.) and Paul (Menard) worked with us, and we were able to keep the track position, and our cars were fast enough together to keep everyone else back there. I am really proud of everybody on our Busch Beer Ford Mustang. It is a great way to get Mustang into victory lane. I gotta thank everybody from Busch and the great promotion with Car2Can with 40 cool cans that are made of my old cars. It is cool to see those in victory lane.”