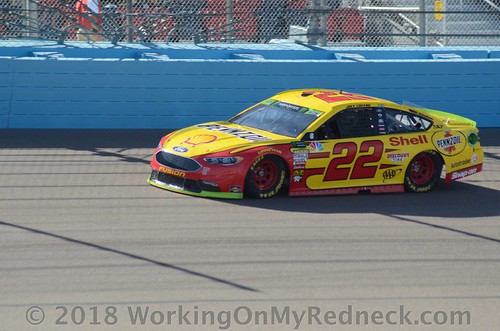 Quote: “We did it! We won the championship! I can’t believe it. I don’t know what to say. The Shell-Pennzoil team gave me a great Ford Fusion that I needed at the end to do my job. I couldn’t be more proud of them. We were the favorite like I said before the race started. I am so proud of everybody for rising to the occasion. We executed down the stretch like nobody’s business. I have to thank everyone that supports us. Shell and Pennzoil, SKF, Ford. We got Ford not only the driver’s championship but the manufacturers’ championship. I can’t wait to break that Mustang out next season. I worked my whole life to get here and to win a championship and we have been so close. It has been 10 seasons of fighting for this. Todd made a good adjustment at the end and we had that no-quit attitude. I knew we had a short-run car. I said it before the race started that if it was anything longer than 25 laps we were going to be in trouble. It came down to the short run and we are champions.”