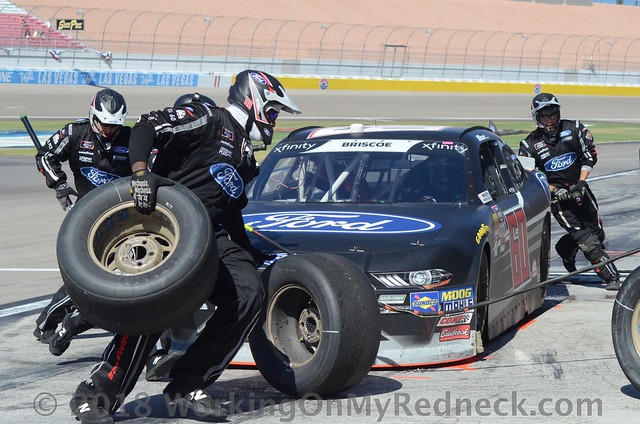 Much like his childhood hero Tony Stewart, 23-year-old Chase Briscoe can win in just about anything and this season he has made that point very apparent.

The Mitchell, Indiana, native is coming off the biggest win of his NASCAR career after taking the checkered flag last weekend in the inaugural NASCAR Xfinity Series race at the Charlotte Motor Speedway Road Course. It was Briscoe’s first career win in the series and the fifth for Biagi-DenBeste Racing.

“Now to be a Xfinity winner when I never expected to even run in NASCAR or any of the top three series is such a blessing,” said Briscoe. “I have been so blessed in general.”

But that isn’t his only win this season, Briscoe made his lone NASCAR Camping World Truck Series start in July at his idol Tony Stewart’s racetrack, Eldora Speedway, and the youngster took home that checkered flag as well.

Briscoe has split time running for Biagi DenBeste Racing in the No. 98 and Roush Fenway Racing in the No. 60. He will be back with Roush this weekend at Dover International Speedway, a track where he will be making his series debut.