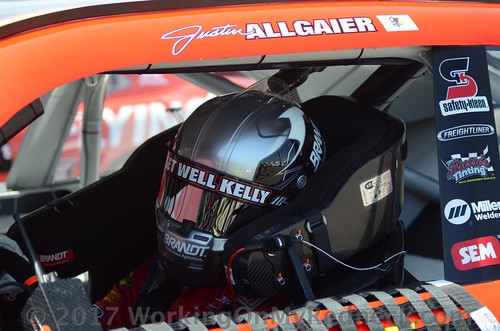 One of the most venerable road course facilities in the country, Elkhart Lake is bringing out some of racing’s best to compete alongside NASCAR’s stars including IMSA regulars Andy Lally and Katherine Legge, IndyCar standouts James Davison and Conor Daly.

Davison led a race-best 11 laps in 2017 before crashing out.

There have been eight different winners in the track’s eight races. There are 29 drivers entered this weekend who have never won a series race.

Clements’ 24th place starting position is the farthest back a winner as ever started.

Ross Chastain, who is ranked 12th in the championship standings, holds the final Playoff transfer position with four races remaining to set the series Playoff field. He holds a 42-point advantage over Annett.

Justin Allgaier, who won the series last road course race at Mid-Ohio two weeks ago, has a best finish of runner-up (2013) at Elkhart Lake.

There has been one Monster Energy NASCAR Cup Series race (in 1956) at the historic road course. Tim Flock was the winner.