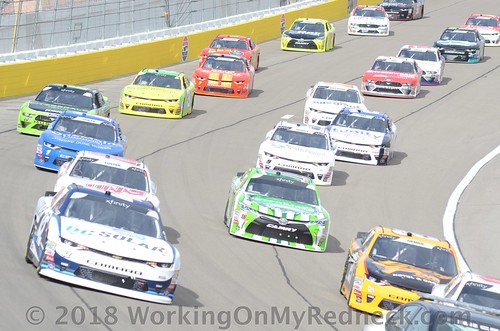 With the regular season coming to a close soon, the stakes are high to perform in the Monster Energy NASCAR Cup Series, so several drivers thought it might be wise to get some extra track time by pulling double-duty this weekend and competing in both the NASCAR Xfinity Series race, the Zippo 200 at the Glen on Saturday, August 4, and the Monster Energy NASCAR Cup Series race, the Go Blowing at The Glen on Sunday, August 5.

Keselowski & Logano: Team Penske will have Brad Keselowski in the No. 12 Ford Mustang with crew chief Matt Swiderski and Joey Logano in the No. 22 Ford Mustang with crew chief Brian Wilson. Wilson is tied with crew chief Jason Ratcliff (Joe Gibbs Racing’s No. 20 team) for the series-most wins this season with four each. Keselowski and Logano are the only former Watkins Glen winners in the field this weekend. Keselowski has made nine series starts at Watkins Glen posting one win (2013), six top fives and eight top 10s. His average finish over the nine starts is an impressive 6.1. But Keselowski’s biggest competition for the win this weekend just might be his teammate Joey Logano, who has made 10 series starts at The Glen posting two wins (2015, 2016), three poles (2015-2017), six top fives and seven top 10s.

Dillon: Richard Childress Racing will have Austin Dillon behind the wheel of the No. 3 Chevrolet Camaro with crew chief Nick Harrison this weekend. Dillon has made five starts this season, posting one win (Michigan), two top fives, three top -10s and an average finish of 11.8. But Dillon has struggled at The Glen in his Xfinity career, making just two starts with an average finish of 17.5.

Larson: Chip Ganassi Racing will have Kyle Larson back in the No. 42 Chevrolet Camaro with crew chief Mike Shiplett this weekend at Watkins Glen. Larson has made four series starts this season and has won three of them (Las Vegas, Chicago and Daytona). Despite the recent success, Watkins Glen has been a challenge for Larson in the Xfinity Series; in five starts he has posted just one top five (third in 2016) and two DNFs for engine failure.

Almirola: Biagi-DenBeste Racing has elicited the help of Aric Almirola this weekend in the Zippo 200 at The Glen. Almirola will pilot the No. 98 Ford Mustang with crew chief Richard Boswell II calling the shots. Almirola has made just one other start in the Xfinity Series this season – Daytona-1 – and finished 35th due to an accident. Almirola has made just one series start at Watkins Glen back in 2011, he started 17th and finished eighth.

Allmendinger: GMS Racing has called on road racing ace AJ Allmendinger to navigate the No. 23 Chevrolet Camaro to Victory Lane this weekend in the Zippo 200 at The Glen. Allmendinger last competed in the NASCAR Xfinity Series in 2013 when he made two starts on road courses and won both of them (Road America and Mid-Ohio). This weekend will be his series track debut at Watkins Glen, but Allmendinger should be fine. He has made nine Monster Energy Series starts at the historic road course posting one win (2014) and six top 10s.