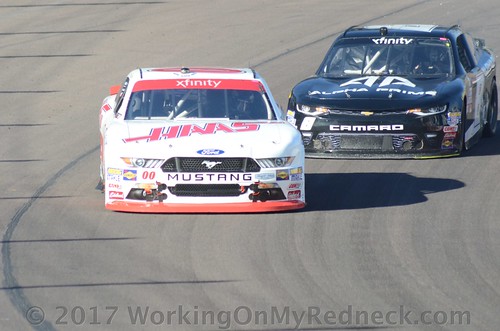 ● Custer piloted the Haas Automation Ford inside the top-three in the opening laps of the race.

● On lap 11, Custer was contacted by the No. 42 car sending him into the wall, ultimately ending his day.

● Only seven of the 40 drivers finished on the lead lap.

● Kevin Harvick won the Atlanta 250 to score his 47th career Xfinity Series victory, first of the season and fifth at Atlanta. His margin of victory over second-place Joey Logano was 4.183 seconds.

“I was just kind of biding my time there trying to save my tires and I don’t even know exactly what happened. I just got hit going down the straightaway and got wrecked from there. It sucks because I thought we had a great Haas Automation Mustang. We’ll go on to the next one and battle our way back up in the playoff points standings.”

The next event on the NASCAR Xfinity Series schedule is the Boyd Gaming 300 on Saturday, March 3at Las Vegas Motor Speedway. The race starts at 4 p.m. EST with live coverage provided by FS1.