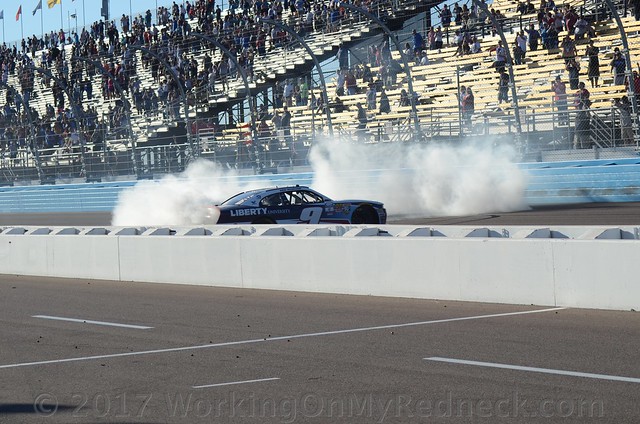 Following an extraordinary rookie campaign, the NASCAR Next graduate, who finished third, outlasted his Championship 4 competitors Elliott Sadler (eighth), Justin Allgaier (12th) and Daniel Hemric (34th) in the Ford EcoBoost 300 at Homestead-Miami Speedway to capture his second NASCAR title. He also won the NASCAR K&N Pro Series East championship in 2015. With the 2017 championship, Byron – at 19 years, 11 months and 20 days – is the second-youngest champion in series history (Elliott was 18 years, 11 months, 18 days).

This season, Byron drove the No. 9 JR Motorsports Chevrolet to four wins, 12 top fives and 22 top 10s. His victories came at Iowa, Daytona, Indianapolis and Phoenix, which helped propel him to a lofty position in the standings – from race No. 2-33, he never dropped lower than fifth in the standings.

Byron’s ascent to the top level of the sport will continue in 2018, as Hendrick Motorsports announced that he will drive the iconic No. 24 Chevrolet in the Monster Energy NASCAR Cup Series.