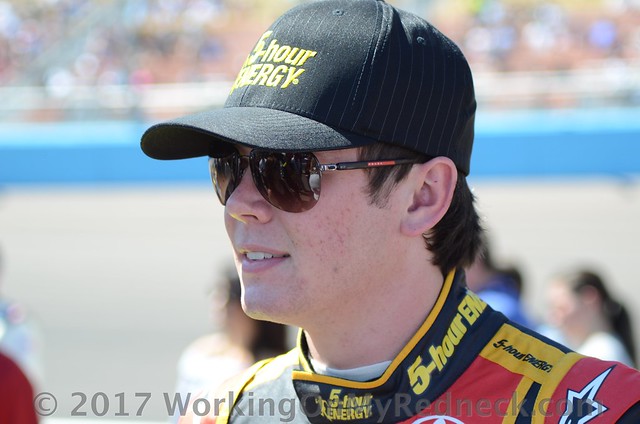 Erik Jones views his last race at Charlotte Motor Speedway as a major step forward in his 2017 NASCAR Cup Series season and the driver of the No. 77 5-hour ENERGY Toyota sees Sunday’s Bank of America 500 as another opportunity to progress.

It was the Coca-Cola 600 in May that Jones and the Furniture Row Racing team earned its first top-five qualifying position (5th) and second top-10 finish (7th) of the season. Jones sees it as a turning point in his and the team’s rookie campaign.

“The 5-hour ENERGY team has progressed a lot since we were at Charlotte Motor Speedway in May,” said Jones. “Charlotte was the first track we got to race on (for the All-Star race) and then go back to for the 600. It gave us our own information to work from which was huge. The 600 was one of our first races where I felt competitive all day and we ran up front.

“As a team we’ve gotten a lot better since then, especially the past couple of months. We’ve come a long way to becoming more competitive week in and week out. I think we’ve taken what we’ve learned all year and are right there at the next step of getting better.”

Jones has found his first season in the NASCAR Cup Series to be an almost continuous learning experience, something he didn’t expect at the beginning of the year.

“I’ve never experienced in my career where I have to run so hard every lap,” said Jones. “There are so many little things that the drivers in the series are good at. I now get so much more data to work with and I found out that my competitors are really good at things I wasn’t really paying attention to because I always had fast cars and trucks to make up any shortcomings. It’s being perfect on pit road, restarts, and navigating traffic. It’s all the little stuff added together that makes a big difference.”