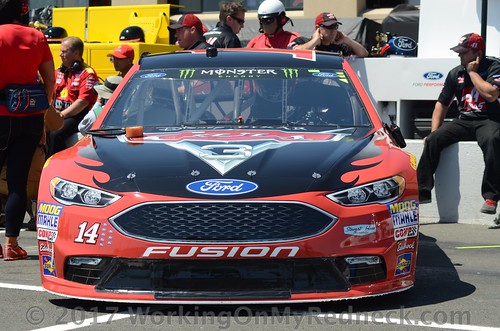 Smithfield Foods Inc., a global food company and the world’s largest pork processor and hog producer, announced earlier today it will join Stewart-Haas Racing (SHR) as a primary team sponsor beginning in 2018. Details of the agreement, including the driver who will be added to SHR’s Monster Energy NASCAR Cup Series lineup in 2018, will be provided at a later date.

“We’re very proud to have Smithfield Foods join the Stewart-Haas Racing family,” said Brett Frood, president, SHR. “Smithfield has activated heavily and successfully within the sport, and we’re honored to be a part of the brand’s forward initiatives and strategy. Although we’re not ready to announce the full details of the program, we look forward to this new endeavor while remaining focused on the upcoming playoffs and putting forth the best effort possible to win more races and contend for another championship.”

It will be interesting to see which team that Smithfield Foods hooks up with for 2018, will it be Bowyer’s team, Harvick’s team, the No.41 team with Kurt Busch or whom ever driver is sitting behind the wheel, or will be the No.10 team with with the same concern?