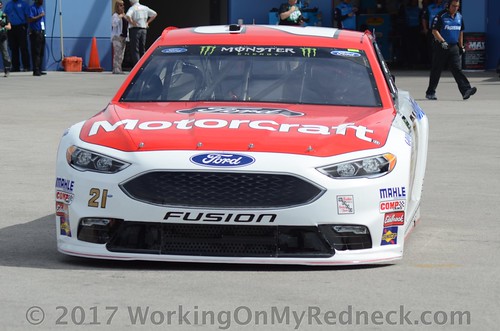 With a mediocre 18th-place finish at Richmond Raceway in the rear-view mirror, Ryan Blaney and the Motorcraft/Quick Lane team head to Chicagoland Speedway ninth in the standings as the 10-race Monster Energy Cup playoffs begin.

Blaney will start the playoffs, his first, with 2008 points, the eight bonus points coming from his victory in June at Pocono Raceway that put him in the playoffs and two stage wins at Texas Motor Speedway.

At Richmond, Blaney started 14th and moved up to as high as 11th in the early going. Despite some quick work on pit road by the Motorcraft/Quick Lane crew, which gained his two spots on two occasions, Blaney was unable to join the race leaders and eventually fell outside the top 15. He was a lap down for much of the latter stages of the race but took the wave-around on a late-race caution to be among the drivers on the lead lap at the finish. It was his 14th lead-lap finish in the 26-race regular season.

Blaney said after the race that he was ready to put Saturday’s race behind him and focus on getting ready to move on to the playoffs.

Blaney said the upcoming venues are a different story. 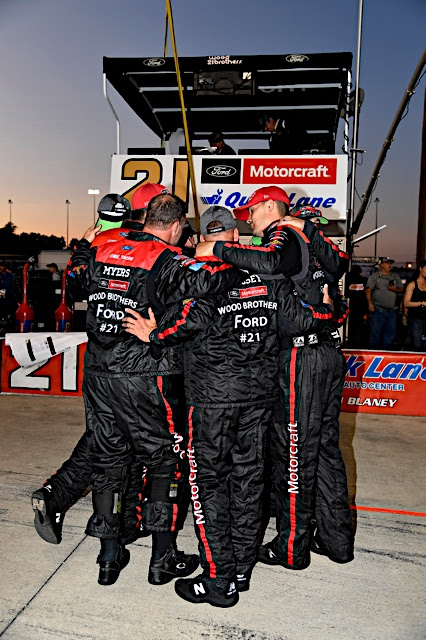 “I think all of the races in the playoffs we can go and do really good at,” he said. “I think the first round is pretty strong for us, and Chicago has always been a fast race track for us, so hopefully we can start off with a strong showing and can have a good run to where we go to Loudon, which is probably our worst track in that little series.

“We still run decent there, but I think the biggest thing is just not making mistakes, getting stage points and not messing up on pit road with speeding or things like that. You don’t want silly things happening that kind of take you out of the first round because I think Round Two is really, really strong for us.

“There are some really good tracks for us in there, but I’m proud to just be in it. It’s nice to be a part of it with the Wood Brothers in my last year with them and hopefully we can have a good 10 weeks.