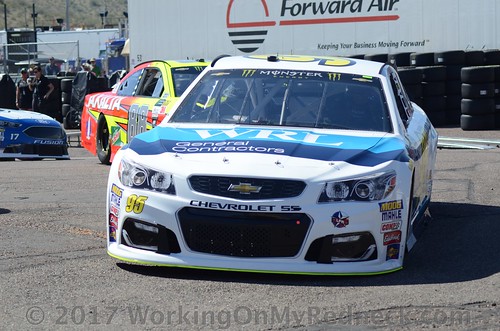 Procore and LFR have agreed to a multi-race deal beginning at New Hampshire Motor Speedway and continuing through the remainder of the 2017 Monster Energy NASCAR Cup Series (MENCS) season.

Not only is Procore teaming up with LFR on the racetrack, they will be the primary sponsor LFR’s first annual TechCon summit that will be held in October in conjunction with the Bank of America 500. TechCon summit is designed to target the construction industry and bring a focus on new technologies within the industry.

LFR, a team who has ownership ties to the construction industry, is excited to jump-start this partnership with a company whose ideals and values are similar to their own.

“It’s great for this race team to have Procore come on board for the remainder of the 2017 season and as a primary sponsor of our TechCon summit,” said Jeremy Lange, Vice President of LFR. “We look forward to building the partnership and providing immediate value to Procore and all of the attendees of the TechCon summit.”

“Procore is excited to extend its track record of working with industry leading companies by partnering with Leavine Family Racing and putting our support behind the No. 95 on the track,” said Mark Lyons, Vice President of Industry Marketing, Procore. “We’re looking forward to participating in the first annual TechCon and aligning both company’s visions of brining continued innovation to the construction industry.”