Michael McDowell is looking to make a splash in the last regular season race of the 2017 Monster Energy NASCAR Cup Series (MENCS) season.

This year, the team looks to replicate that finish, as LFR has consistently improved on their best finishes at multiple tracks. This season also marks LFR and McDowell’s best ever in the MENCS.

“I love racing at Richmond, but that last race before the chase is just nerve-wracking,” said McDowell. “If you’re not fighting for a chase spot, you still want to have a great race, but you also don’t want to be a part of the story. There’s just so much on the line, which usually creates really exciting racing. It also creates opportunity! Last year, we finished 12th in the fall Richmond race. It’s definitely a good weekend to have a great race.”

McDowell and LFR are also looking forward to supporting the FDNY Foundation for the third time this season, as they honor and remember the brave men and women and the events that took place on September 11, 2001. LFR has teamed up with Lionel Racing to begin pre-orders for this diecast. Fans can purchase the No. 95 FDNY Foundation diecast on LFR95.com with proceeds going back to the foundation.

Along with supporting the FDNY Foundation, LFR announced last week that they are teaming up with Convoy of Hope to help hurricane relief after the extreme damage from Hurricane Harvey. The team has strong ties to Texas through their ownership and has made donations to the charity.

While the FDNY Foundation will be the primary focus of LFR’s paint scheme this week, Convoy of Hope’s logo will be on both the quarter panels and the decklid of the No. 95 Chevrolet SS. 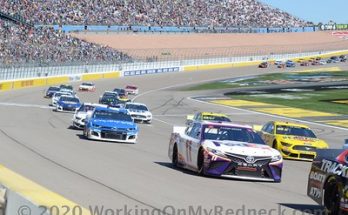 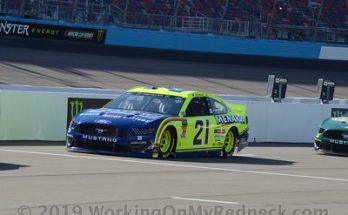