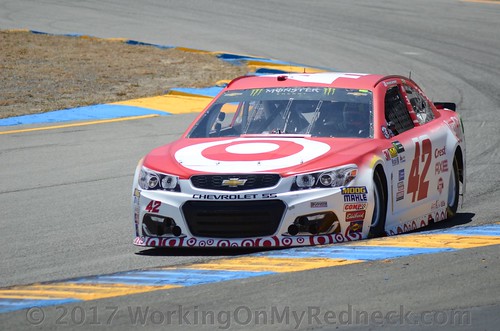 It was a very logical deduction that, when Target announced their departure from Ganassi’s IndyCar operations at the end of 2016, they were pre-positioning themselves to completely withdraw from racing at the end of 2017.  Notwithstanding the business side of racing, it is still strange that Target has punched out of the racing sponsorship game.

Come February, it will be different not seeing the Target logo on the Chip Ganassi Racing No. 42 when NASCAR rolls into Daytona for Speedweek and unloads that hot rod!