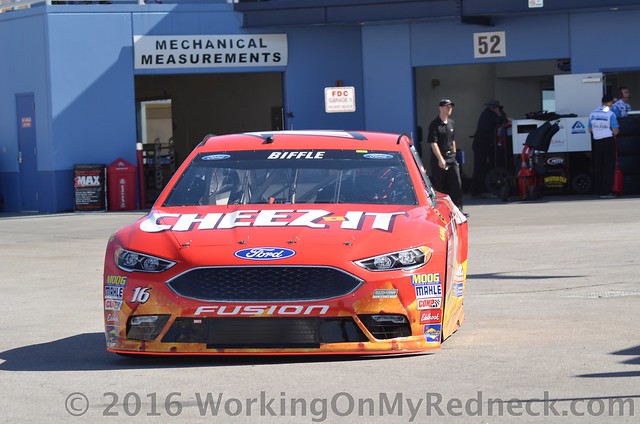 Roush Fenway Racing returns to the track that is “like a box of chocolates, you never know what you’re gonna get,” as the NASCAR Sprint Cup Series (NSCS) heads to Talladega Superspeedway, a track that has seen a Roush Fenway Ford visit victory lane seven times.

Roush Fenway has started 191 NSCS races at Talladega, recording a total of four victories, 31 top-five finishes, 66 top-10 finishes, an average finish of 18.8 and has led 1,007 laps.  Former Roush Fenway driver Matt Kenseth earned the most recent victory at Talladega in the fall of 2012.

Roush Fenway has earned two victories, five top-five finishes, 14 top-10 finishes and an average start of 12.2 at Talladega in the NASCAR XFINITY Series. Former Roush Fenway driver David Ragan recorded the organization’s most recent XFINITY victory at the 2.66-Mile oval in the spring of 2009.

Fastest Chicken in the South

Former Roush Fenway driver Mark Martin won the fastest NSCS race ever recorded on May 10, 1997 at Talladega piloting the No. 6 Ford Thunderbird (Thunderchicken). Martin, who held off NASCAR Hall of Famer Dale Earnhardt, started from the 18th position and led 47 laps en route to the victory. The race saw 26 lead changes and had an average speed of 188.354 mph.