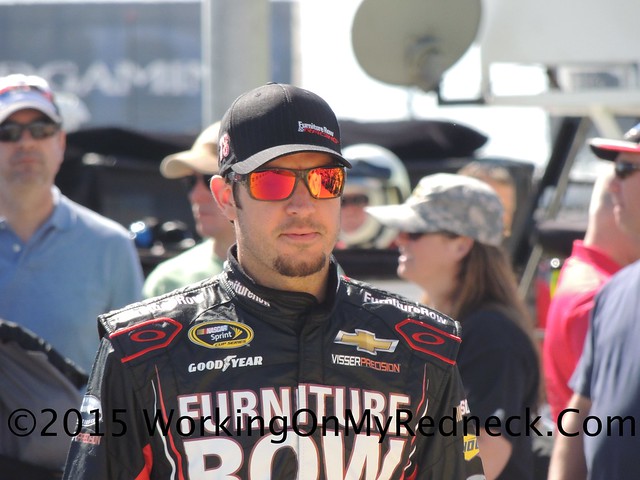 Though Martin Truex Jr. feels all bets are off at the volatile Talladega (Ala.) Superspeedway, the Furniture Row Racing driver does have some positive vibes heading into Sunday’s Sprint Cup Series race.

For starters, the last time Truex competed at a superspeedway he finished a close second at the season-opening Daytona 500. The margin of his loss to Denny Hamlin was by a mere one-hundredth of a second, the closest finish in the history of NASCAR’s biggest race.

And in his previous two starts at Talladega, Truex pocketed finishes of fifth and seventh during the 2015 campaign. He also had success at NASCAR’s biggest track as an Xfinity driver, winning three straight races from 2004-2006.

As he did for the Daytona 500, Truex will be driving the No. 78 Bass Pro Shops/TRACKER Boats Toyota in the Geico 500.

“There’s no secret about what you have to do at Talladega,” said Truex. “You need to stay out of trouble and be running up front during the closing laps. It might not sound too difficult, but it’s one of the toughest places to race because in most cases you’re not in control of your destiny.

“The reason we had two top-10 finishes at Talladega last year is that we stayed out of the mess and were able to maintain our position at the end. The one thing that has me jazzed about Talladega is that we will have Toyota power for the big track. Looking back at Daytona I believe four of the first five cars had Toyota powerplants.”

Truex is coming off solid short track performances with finishes of ninth in Richmond and 14th in Bristol.

“We were much better than 14th in Bristol and had a decent run in Richmond,” said Truex. “When things aren’t going your way you just need to maximize what is thrown at you. I think we have done a good job at that, but we’re still searching for the first win of the season.”
Starting with Talladega, there’s a stretch of races that have the potential for Truex and the single-car Furniture Row Racing team to secure that first win.

“For our Furniture Row team, we’re entering a good part of the season,” noted Truex, who ranks 10th in driver points after nine races. “We proved that we can be a contender at a superspeedway. After Talladega we have Kansas, Dover, Charlotte, Pocono and Michigan. Those were great tracks for us last year and I don’t see why it won’t be the same this year.”