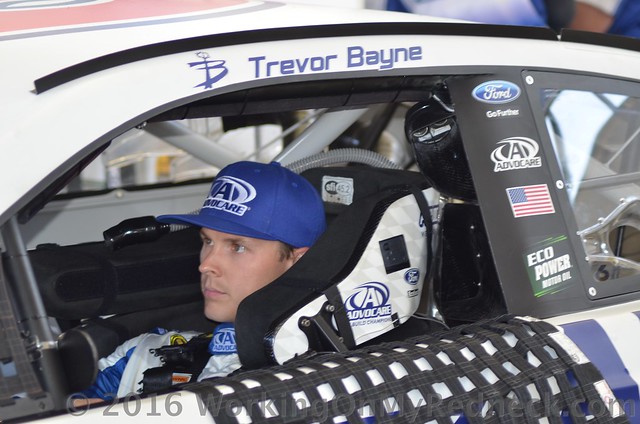 In 10 previous starts at the Alabama track, Bayne has recorded a best finish of eighth in the Spring 2012 event.

In 21 career NSCS starts on restrictor-plate tracks (Daytona International Speedway and Talladega), Bayne has earned one victory – the 2011 running of the Daytona 500.

According to NASCAR’s Loop Data Statistics, Bayne ranks third in green-flag speed (193.652 mph) and fifth in average speed early in a run (193.911 mph) at Talladega.

In four starts at Talladega in the NASCAR XFINITY Series, Bayne has recorded two top-10 finishes. Bayne earned his best finish of sixth in the spring 2011 event at the Alabama track.

Puccia will be atop the box for his 10th NSCS event at Talladega on Sunday.  In nine previous races at the 2.66-Mile superspeedway, Puccia recorded a best finish of second with Roush Fenway Racing teammate Greg Biffle in the spring 2014 event.

Bayne recorded a 17th-place finish at Richmond International Raceway on Sunday afternoon after battling a loose-handling condition for much of the 400-Lap event.

Bayne currently trails the 16th and final cutoff spot for the Chase for the NASCAR Sprint Cup by just 9 points after the first nine races of the 2016 season.

Bayne on racing at Talladega:

“Talladega is crazy. You are on your toes every second of every lap. One minute you could be 10th and the next minute you’re leading. You’ve really got to be sharp every lap and pay close attention to your surroundings. Hopefully we can keep this AdvoCare Ford out front and ahead of all the trouble behind us and get a victory this weekend.”