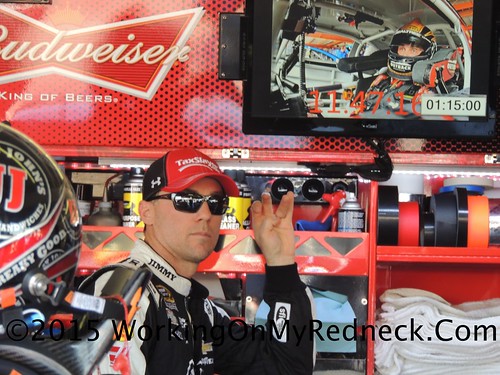 If Harvick can finish within the top five in the final six races he will tie Jeff Gordon’s record for most top fives in a modern era season – 26 in 1998.

Harvick’s Charlotte result also earned him his 11th runner-up of the season, the most since Bobby Allison logged 12 in 1972. The No. 4 Chevrolet driver boasts 14 top-two finishes this season, double the total of the next-highest driver (Kyle Busch and Jimmie Johnson, 7).

Another Milestone: In addition to his impressive finish totals, Harvick has led 2,031 laps – his second straight season with over 2,000 laps led. The last driver to lead 2,000 laps or more in consecutive seasons was Jeff Gordon (1995-96).

So if you are looking for a favorite to leave Homestead with the hardware in tow, look no further than the Stewart-Haas Racing #4 Budwieser/Jimmy John’s team.  In spite of the fact that it was six months between victories, and notwithstanding the fact that it was a must win situation for Harvick at Dover to advance to the next round, this team has been running very consistent all season and was in a position to win many races throughout the year.