So, you call yourself a diehard NASCAR fan and think you know the sport better than most, right?

Let’s put that knowledge to the test.

There have been 12 Sprint Cup races thus far in 2014, marking one-third of the way through the overall 36-race season.

In those 12 races, one particular driver that I’m thinking about has no wins, just two top-five, and two other top-10 finishes.

In addition, he has four other top-20 showings, three finishes of 33rd or worse, has one DNF, and has led a grand total of 74 laps.

Do you have no idea?

How about a dead giveaway big clue: He’s a three-time Sprint Cup champion.

That would leave just one driver to match that description, Tony Stewart.

Granted, it’s been a long road back for Stewart following his horrific wreck last August that not only broke his leg in multiple places, but also that crash caused him to miss the final 15 races of the Sprint Cup season.

Yet Stewart has made a remarkable and commendable comeback from injuries that would likely have ended most other drivers’ careers.

But let’s be honest: The man his fans affectionately call “Smoke” (that nickname came not from bring faster than smoke or smoking the rest of his competitors, rather, it was given to him because he lacked throttle control and would smoke the tires coming off the turns) has been more like a wisp, rather than a cloud of thick smoke, in most of this season’s races to date.

Part of the reason for one of Stewart’s worst season starts ever in his NASCAR career is that he began the season not 100 percent recovered from last year’s injuries.  He readily admitted that we was only about 60% healed at Daytona!

At the same time, you have to give him a lot of credit for making a comeback when he probably could have used another few months off to get even stronger and healthier.

Sure, he had a nice little run from the fourth through eight races this season, including a fourth at Bristol, fifth at Fontana, 10th at Texas and ninth at Darlington.  However since then, instead of continuing to go forward, Stewart has backslid significantly, with finishes in his last four starts of 25th, 43rd (DNF at Talladega), 20th and 13th this past Sunday at Charlotte.

Even worse: After ranking a season-best 12th in the Sprint Cup standings following Darlington, Stewart has dropped like a rock since, ranking 22nd coming into Sunday’s FedEx 400 at Dover International Speedway.

With 14 races remaining to make the expanded and reformatted Chase for the Sprint Cup, Stewart still has plenty of time to turn things around.

But the bigger question is, can he turn it around? Or will this ultimately wind up being a season of more mediocre finishes, possibly falling short of making the Chase and bidding for his fourth career Sprint Cup championship?

This isn’t the first time Stewart has struggled to reach victory lane. Remember 2011? He didn’t even win one race in the 26-race regular season. Had the new revamped Chase format been in effect back then, Stewart wouldn’t have even made the Chase that season.

Still, he did make the Chase in ’11 and went on to arguably one of the greatest rallies in NASCAR history, winning five of the 10 Chase races to tie Carl Edwards for the championship. He then was awarded the title for coming out ahead in the tiebreaker, most wins (Stewart had five to Edwards’ one).

It’s probably a bit premature to start fretting and worrying that Stewart will not make the Chase this year. After all, this IS Tony Stewart we’re talking about. He thrives on challenges and being an underdog.

He also has made it one of the top calling cards of his career to start getting hot in the middle third of the season, which we kick off Sunday at Dover.

A win Sunday would go a long way toward re-instilling encouragement and optimism among his loyal fans. Sure, so much has been said this week about Charlotte winner Jimmie Johnson and his eight career wins at Dover.

But Stewart is no slouch at the one-mile, high-banked and all-concrete track. In 29 career Cup starts at the Monster Mile, Stewart has three wins—including winning this event there last year (his only win of 2013)—plus 11 top-five and 16 top-10 finishes.

If there’s any place for him to break through and show that he still has a lot of success—not to mention wins—remaining in his personal gas tank, Dover would be the ideal spot for Stewart to take the checkered flag.

Yet all hope won’t be lost if he comes up short, or is once again way off at the race’s end.

Considering Stewart’s 48 career Sprint Cup wins, the most successful stretch in the schedule is coming up for him.

Seven of the next eight tracks add up to that successful stretch: Dover (three wins), Pocono (two wins), Michigan (one win), Sonoma (two wins), Daytona (four wins), Loudon (three wins) and Indianapolis (two wins). The only track he hasn’t won at in the next upcoming eight races has been Kentucky.

Add all those up and Stewart has earned more than a third (17) of his 48 career wins at tracks that the Sprint Cup circuit visits in the next two months.

So all you “Smoke” fans cross your fingers that Stewart can emerge from his 2014 funk, for this is the time of the race schedule that will be a make or break time for “Smoke to Rise”! 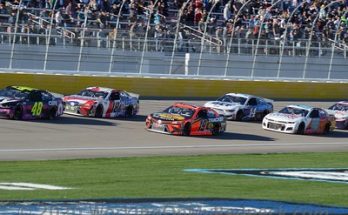 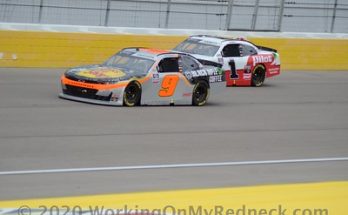 Gragson Returns To His Home Track 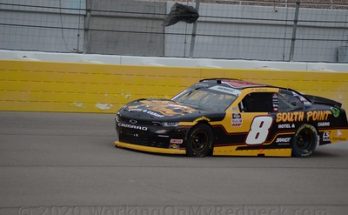