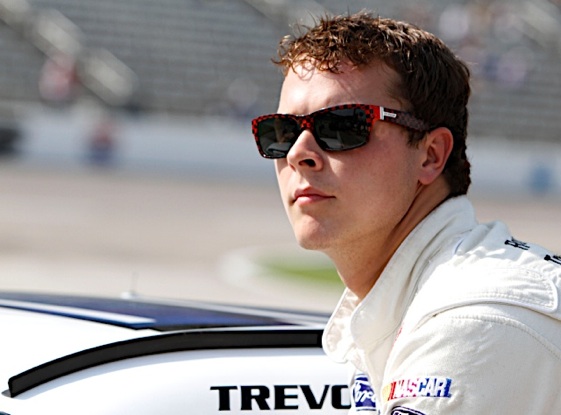 The NASCAR cinderella story of of the decade has now come full circle.

Saturday Trevor Bayne, the 2011 Daytona 500 winner, finally posted his very first victory in the Nationwide Series.  After starting off the 2011 race season with a most improbable and spectacular win at Daytona, the future looked so very bright for this Knoxville 20 year old.

However, what was to follow was a drastic change of luck!  Within just a few weeks of winning the Daytona 500, Bayne found himself in the Mayo Clinic trying to find answers to blurred vision and fatigue.  The illness left him on the sidelines of the race track for five weeks.  For the remainder of this season Bayne has experienced set backs and near misses. All the while, Bayne has been playing catch-up in the Nationwide Series, trying ever so desperately to try to fulfill the legacy that looked to be within his grasp back in February!

Notwithstanding all the bad luck that has visited Trevor in the last eight months, today Bayne won the O’Reilly Auto Parts Challenge at the Texas Motor Speedway.  The win today is only the first step in trying to remove the huge monkey, rather make that a gorilla, that has been hanging on his back since his win at the Daytona 500 back in February.

In light of Friday night’s NASCAR parking of ol Kylie Busch for his “anger management” issues, it is great to celebrate another “feel good story” in NASCAR!

Here is the unofficial results of the O’Reilly Auto Parts Challenge at the Texas Motor Speedway.

See you next weekend from the Phoenix International Raceway!