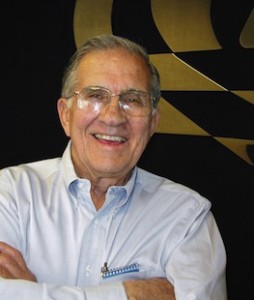 Les Richter, a former NASCAR executive and also a star in the National Football League, died Saturday after a long illness. He was 79.

Richter was best known in the sports world as an eight-time Pro Bowler at linebacker for the Los Angeles Rams, who acquired him in a trade for 11 players, that is the equivalent of the entire offensive line or defensive line of a football team! But he had a second, and much longer, career in motorsports.

Richter was president of the former Riverside Speedway, a California road course that hosted NASCAR events. He was among the planners and organizers of California Speedway in Fontana, a track where he retained connections until his death.

Throughout all those years of NASCAR affiliation, Richter, a co-founder of the now-defunct International Race of Champions series, was extremely popular in NASCAR garage areas. He was affectionately known as “Coach”. For the entire duration of Bill France, Jr.’s reign over NASCAR, it was Les Richter who was the trusted confidant of Bill, Jr.

NASCAR will sorely miss “The Coach”!