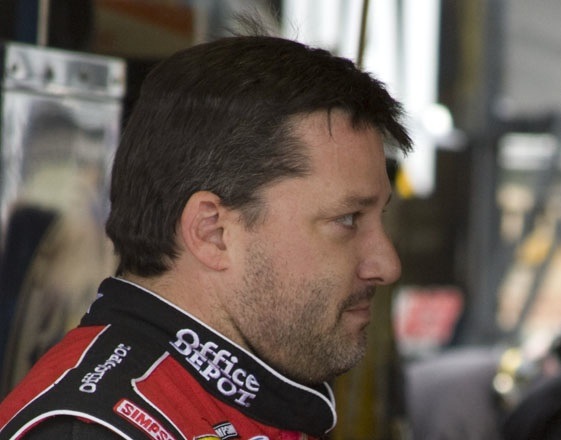 Tony Stewart, the driver who seems to have interpreted NASCAR’s directive to “Have at it” as instructions to launch a season-long string of insults aimed at the print media, was back at it on Friday at Bristol Motor Speedway.

Quite ironically, the one reporter he seemed to have any use for was a local guy. This was the same Stewart who at Bristol a few years back insulted veteran writer Larry Woody, then of the Nashville Tennessean and one of the most respected in his profession, by responding to a plenty relevant question by saying: “You must be local.”

It could have been argued back then that Stewart’s behavior was due to him being inexperienced and not aware of the role the media plays in the grand scheme of NASCAR things. That’s no longer a valid excuse, but there is no excuse for the way Stewart acts in the press room.

This year, Stewart rarely misses a chance to insult the reporters in the press room. On several occasions his insults have been broadcast on TV.

He rants regularly about “stupid questions” and sometimes calls the questioners “stupid.” He often dodges even the most basic questions, the same questions that other drivers willingly and thoughtfully answer.

From all indications, the only reason Stewart even shows up in the press room is because NASCAR’s protocol for race weekends has the top 12 drivers in the points standings make a brief appearance each week. Most weeks, there are 11 guys who seem to appreciate and even enjoy the 10-minute exchanges.

In a sport that is going through some declining attendance and declining TV viewership, Stewart’s blatant media insults are totally out of line!  Maybe it is time for the media to boycott interviewing Stewart and devote more of their time to the drivers that might really have something positive to say and really enjoy having some media attention!

What do you think about Tony’s attitude towards the media?