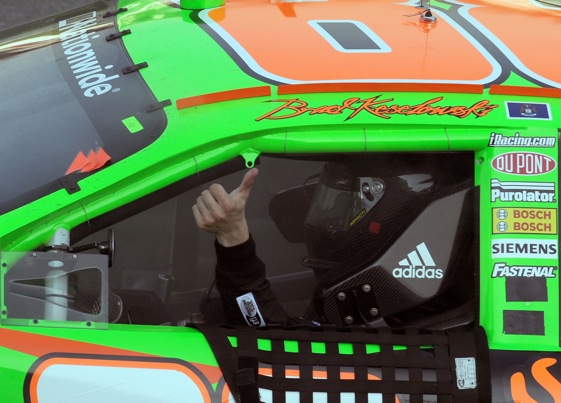 Now that NASCAR  has had an extra week to absorb the happenings from Atlanta, it is on to the Bristol Motor Speedway. Although the activities from Atlanta are now two week old, the memories are still very fresh on many race fans minds, as well as most of the sports writers computers.

In fact, there has not been so much tongue-wagging and computer key strokes since that muddy February afternoon at Daytona when Cale Yarborough’s nose met the fists of the Allison brothers!  NASCAR was so up in arms over that fight that they used that altercation to advertise for the Daytona 500 the following year!  It was very good for business back then!

You remember Bristol don’t you?  Bristol Motor Speedway is the track that is so action packed and so tough with its bruising, banging, and brawling.  This is the track that should require the owners, drivers, and crew members to check their feelings at the pit gate before they  sign in and enter the racing facilities!

Bristol is such a unique track that it has its own zip code…….911!

For the fans that have been bored stiff with all the latest dish on Danica- “The Hottie”, or Jimmie- “The Great”,  they are starting to wake up and smell the burning rubber, ’cause now we now have an interesting rivalry brewing!

What do you think about this rivalry?

Do you think that there will be some banged up sheet metal, some bruised egos, and some tempers that will get lost before the Sun sets on Sunday in Bristol??  What do you think?

I’ll be hanging out near my computer for the next round in this Soap Opera from Bristol!