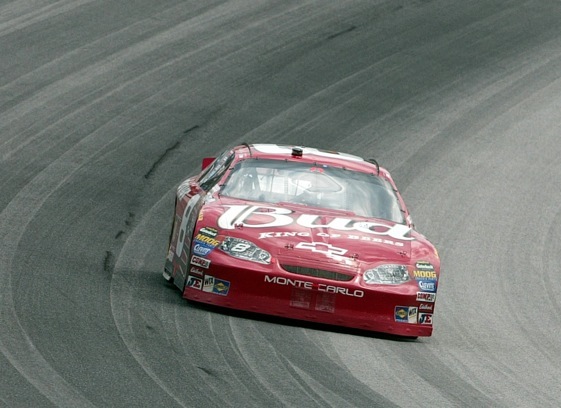 It must be a sign that I am getting old, but I remember sitting up high in the stands just off turn four in the fall of 2004 when Carl Edwards on lap 312 was involved in another spectacular crash at Atlanta Motor Speedway.  This crash in involved Edwards and the man who rescued “Blazingly Bad” Brad Keselowski from obscurity and made him a star, Dale Earnhardt, Jr.

Kurt Busch, the winner of last week’s Kobalt Tools 500 and Junior’s main rival in 2004, had just blown an engine early in the race.  That event gave Earnhardt, Jr. the opportunity take a huge point advantage with just a couple of races to go in the ’04 season.

Stage left, enter Carl Edwards racing in just his 10th Sprint Cup race and trying to make a name for himself, pretty much in the same position that young Keselowski is in at this very time- a talented young aggressive driver.  As they entered turn 3 they crashed ending Dale Earnhardt, Jr.’s best chance of winning the Sprint Cup championship!

That wreck resembles, in many respects, the crash last Sunday that got Carl Edwards so steamed up.  So steamed up, in fact, that Edwards returned to the race track to extract some “race track justice”! However, that “race track justice” nearly had some severe consequences.  At 190+ MPH, intentionally spinning a car mostly likely will send this car airborne, as witnessed Sunday.  That could have been catastrophic for both the drivers and the fans at the race track!  TOTALLY UNACCEPTABLE!

I can’t help but imagine at this time how much different that NASCAR, Dale Jr. and DEI might have looked had Carl Edwards given Earnhardt ” a little racing room”!!

When asked about where that incident ranks with him in his career, Dale Jr. said, “When you look back over your career, that definitely sticks out in the top five”!  He went on to say,”that if he’d come out of that turn unscathed it would have led to a whole new outcome for our team and the championship that year and for years to come.”

Earnhardt said his feelings about that incident have changed over time, but were raw for a while.

I wonder if Edwards and Keselowski, when asked about this incident in five years will have the same answer?