“That was a wild first race to say the least in the KCMG Chevrolet. We had a really good first stage. I think we went from about 30th all the way up to fifth. Our car was really strong on the short run. In the second stint we were getting it tuned up, but on the long runs we just didn’t have any drive-off. I made a bit of a hash on the second stop when I didn’t have the wheel turned right, so that was a bit of shame for the guys. In the final stage I wheel hopped in the chicane. She picked up and went in the air before going into the wall. I’m really gutted for the guys. They put such a huge effort into the car, which was awesome. Thank you to RCR, KCMG, and Chevrolet for getting us onto the grid. I absolutely loved it. Man, it’s such a challenge to drive these cars, so I’ll definitely have to get out and give it another go sometime. It’s a challenge I want to try again, but thank you to everyone. It’s a shame on the result, but definitely had a few good stages there.” 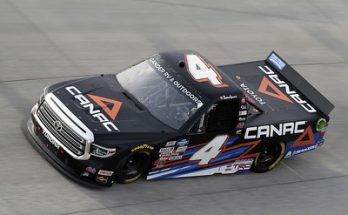