Rahal Letterman Lanigan Racing (RLL) announced today that team partner Digital Ally will feature their newly-launched product line, Shield™ Cleansers as the co-primary sponsor with Mi-Jack of the No. 45 entry for Spencer Pigot for the GMR Grand Prix at Indianapolis Motor Speedway. Digital Ally, a company which develops, manufactures and markets advanced video recording products and other critical safety products for law enforcement, emergency management, fleet safety and security and RLL are in the second year of a multi-year partnership which named the Lenexa, KS-based company as “Official Video Solutions Partner” of the team’s NTT INDYCAR SERIES program.

Earlier this month Digital Ally launched Shield™ Cleansers, which includes a Disinfectant/Sanitizer to fulfill demand by current customers and others for a disinfectant and sanitizer that is less harsh than many of the traditional products now widely distributed. The Shield™ product contains a powerful and effective cleanser with no harsh chemicals or fumes.

“We’re thrilled to not only continue, but expand our relationship with RLL,” said Stan Ross, CEO of Digital Ally, adding “We can think of no better opportunity to spread the word about our highly-effective, less harsh, cleanser line than through this sponsorship.”

Hypochlorous Acid (HOCl), the active ingredient of Shield™ Cleansers, falls under EPA category IV, the safest of the EPA’s toxicity categories. While highly effective as a disinfectant and sanitizer, cleaning crews are not required to wear Personal Protective Equipment (PPE) when applying and reapplying HOCl.

“I’m really looking forward to getting back in an Indy car at the GMR Grand Prix,” said Spencer Pigot, driver of the No. 45 RLL with Citrone/Buhl Autosport Honda. “It’s obviously been a very different season this year so it’s exciting that we’re finally getting back to racing at IMS. Originally the first race for us was going to be about half way through the season but with the schedule changes it’s going to be the first road course race of the year. I think that will be an advantage for us as everyone will be on more of a level playing field. We have a great group of people at Rahal Letterman Lanigan Racing with Citrone/Buhl Autosport so the plan is to hit the ground running and be competitive right away.”

Digital Ally was created to develop and manufacture technology that provides customers with the ultimate liability protection and evidence recording capabilities, coupled with convenience and ease of use. Digital Ally provides law enforcement agencies along with emergency management and commercial companies with the highest quality video solutions and software management.

About Rahal Letterman Lanigan Racing
Rahal Letterman Lanigan Racing, based in Hilliard, Ohio and Brownsburg, Ind., is co-owned by three-time IndyCar Champion and 1986 Indianapolis 500 winner Bobby Rahal, former CBS Late Show host David Letterman and Mi-Jack co-owner Mike Lanigan. In 2020, the team will compete in their 29th year of open wheel competition and attempt to add to their 28 wins – including the 2004 Indy 500 from pole with Buddy Rice — their 32 poles, 102 podium finishes and 1992 series championship. The team also competed in the American Le Mans Series from 2009-2013 as BMW Team RLL where they won both the Manufacturer and Team Championships in the GT category in 2010 and swept all three GT titles in 2011 – Manufacturer, Team and Driver. In 2012, the team finished second in the Team Championship and third in the Manufacturer Championship and in 2013, the team finished second in the Driver, Team and Manufacturer Championship. Since 2014, BMW Team RLL has competed in the GTLM class of the IMSA WeatherTech SportsCar Championship with a two-car program and has brought their total to 21 wins – including the 2019 and 2020 Rolex 24 at Daytona endurance races, 28 poles and 79 podium finishes as well as a second place finish in the Manufacturer, Team and Driver championships in 2015 and 2017. 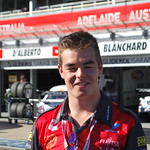 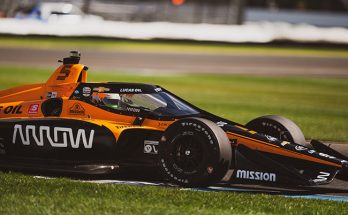