·        JONES AT HOMESTEAD-MIAMI SPEEDWAY: For the final race of the 2019 NASCAR Cup Series season, teams head to sunny Florida to the 1.5-mile Homestead-Miami Speedway. With only two Cup Series starts at the track, Erik Jones has a best finish of 21st in 2017. Jones also has two starts at the track in the Xfinity Series with a career-best finish of third in 2015. With one lone start at the track in the Truck Series, Jones finished sixth in 2015 on his way to capturing the Truck Series championship.

·        JGR AT HOMESTEAD-MIAMI SPEEDWAY: Joe Gibbs Racing (JGR) has 59 total starts at Homestead-Miami Speedway in Cup Series competition. In those starts, the team has earned six wins, 15 top-five finishes, 30 top-10 finishes and five pole starting positions. The team has led 1,303 laps, completed 15,536 of 15,768 attempted laps (98.5%) and earned an average start of 14.8 and an average finish of 14.5. Tony Stewart and Denny Hamlin each have two wins for JGR at the south Florida track with Bobby Labonte and Kyle Busch with one win each.

·        MAKING HISTORY: With Denny Hamlin’s win last weekend at ISM Raceway, JGR ties Hendrick Motorsports with the most Cup Series wins in one season at 18 and becomes the first team to have three drivers advance to the final four for the championship race.

·        PHOENIX RACE RECAP: Erik Jones and the No. 20 Toyota Camry team started the race at ISM Raceway from the ninth position and ran most of the 334-lap race in the top 10 before finishing with a strong seventh-place finish.

Erik Jones: “Coming off a top 10 at Phoenix, the 20 team is looking to finish the season strong and start building on the 2020 season. Homestead is a tough track and one I have run well at in the Truck and Xfinity Series, but struggled at a little on the Cup side. It’s a place where you have to run so close to the wall and really find the line with getting close enough and still having speed without getting too close and damaging your car. I always enjoy running at Homestead and think we can go there, have a good day on the track and on pit road and leave with a solid finish to end the 2019 season.”

Chris Gayle: “This week is always a tough race, and really pretty unique with the 2019 aero package and such an abrasive track surface at Homestead. The balance of short-run speed and long-run speed is tough to compromise. It’s also a tough place to stay out of trouble since the line really moves up, and it’s risky to race at the wall for the majority of the race. The 20 team is looking forward to closing out the season with a solid run and hopefully helping JGR celebrate a championship.” 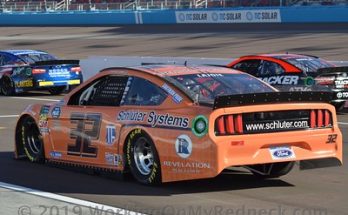 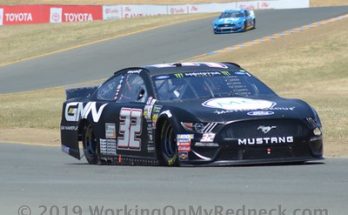