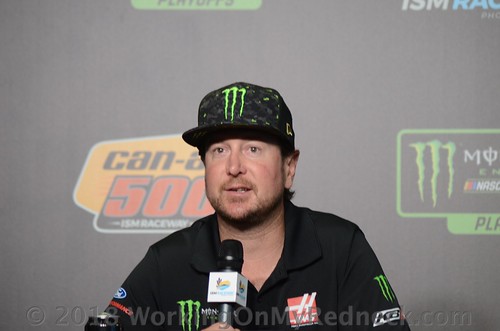 Mutt and Jeff. Oil and water. Yin and Yang.

In a host of ways, Kurt Busch and Kyle Larson are polar opposites.

Busch is a 40-year-old champion in the twilight of a likely NASCAR Hall of Fame career. He has accumulated 30 Monster Energy NASCAR Cup Series victories, winning at least one race in 15 different seasons.

Busch also won the 2004 series championship in the first year of a postseason playoff format and added the Daytona 500 to his resume in 2017.

Larson is a 26-year-old who has yet to realize what most observers see as virtually unlimited upside. But after a breakout 2017 season in which he won four Cup races, Larson was skunked last year, finishing second six times but failing to put his No. 42 Chip Ganassi Racing Chevrolet in Victory Lane.

Busch knows intimately the mechanics of the cars he drives, a characteristic he shares with brother Kyle Busch. Kurt was weaned on the construction and setups of cars driven by his father, Tom Busch, and carried that knowledge to his own equipment.

Larson knows almost nothing about the way his Cup car works and wants to keep it that way.

Larson is a world-class dirt racer, still competing and winning in midgets and sprint cars.

Though he has mellowed in recent years, Busch hasn’t shed fully his reputation as a mercurial personality. Seven years ago, a series of outbursts cost Busch his job at Team Penske and set him on a difficult path to rebuild his career. To his credit, Busch has done so. 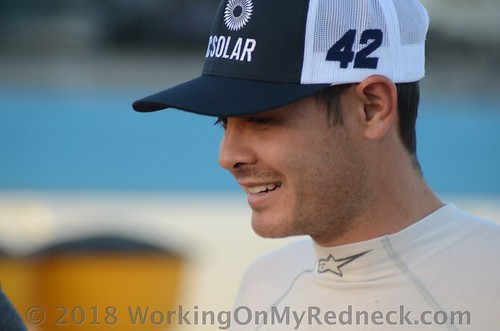 Larson is the epitome of Zen, gracious in defeat—too gracious, some would say. Even after a crushing loss in the Chili Bowl Midget Nationals in January, Larson maintained an outward calm and kept the hurt inside.

Nevertheless, the hope at Chip Ganassi Racing is that these two vastly different drivers—with their vastly different personalities—can combine to lift the organization out of the doldrums of a winless 2018 season.

After five years at Stewart-Haas Racing, Busch replaces Jamie McMurray in the No. 1 Chevrolet owned by Chip Ganassi, teaming with crew chief Matt McCall. The veteran driver expressed willingness to help his younger teammate in any way he can.

“Once we get to Atlanta and Vegas—and Phoenix, where we have all the horsepower and all the downforce—I’m very curious on how his style will play out versus mine,” Busch said during a question-and-answer session with reporters at the Ganassi Racing shop in late January.

For Busch, it’s an opportunity to teach, but he doesn’t see it as a one-way relationship.

“That gets me excited to learn things, and I think he’s feeling that same thing, as far as having my experience come to him—and then there’s going to be the friendship that develops from it, too. All kinds of things are ahead of us. We have a learning curve—teammate, crew chief, even with (crew chief) Chad Johnston on the 42—everybody just getting in the same room and getting going.

“Hopefully, we can just get that behind us by the end of February, and that way we’re rolling out to the West Coast for the West Coast Swing ready to go with all questions answered.”

To Larson, working with a driver with Busch’s championship resume and status as one of the sport’s elite performers is an appealing prospect.

“Getting someone with Kurt’s experience is probably what I’m most excited about,” Larson said. “You’re always anticipating and excited about getting to Atlanta (Feb. 24) and seeing where you stack up, but I would say I’m more excited about working with Kurt and trying to learn as much as I can off of him and grow as a driver.”

That doesn’t mean Larson will seek to expand his knowledge with respect to the way his car works.

“No, I don’t think Chad wants me to,” Larson said with a wry smile. “I think I’m too old to learn about that stuff. Honestly, I don’t care about learning about the car. I say it all the time, but I think Kurt could probably admit that there are even times when he’s been very certain that this is what we need in the setup, and it’s wrong—where I put the blame on them (the crew).

“He’s got no filters,” Larson said. “If there’s something he doesn’t like, he’s going to point it out, where I’m not that brave of a person to tell Chip, ‘This is wrong, and it needs to be changed.’

“I don’t think Kurt’s afraid to break down walls to make his point clear.”