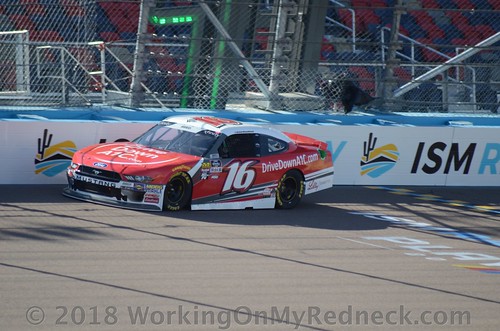 Roush Fenway Racing will not field a team in the Xfinity Series for the first time in more than a quarter century, RFR President Steve Newmark confirmed Wednesday night on SiriusXM NASCAR Radio.

Newmark told Claire B. Lang on SiriusXM’s “Dialed In” that the focus is on strengthening the Cup program with Ricky Stenhouse, Jr. and Ryan Newman, who joins the team to drive the No. 6 car this season.

“We’re going to focus exclusively on both of those Cup teams (in 2019) and realized we needed to allocate all of our resources there,” Newmark told SiriusXM NASCAR Radio. “We’ve fluctuated on the number of the teams in the Xfinity Series and a lot of that has been based on need. We’ve been four, we’ve been one, and I think (2019) we’ve decided on how we’re positioned we’ll step out of that for a year and see how that goes and just focus all the resources, all the engineering, all the wind tunnel on making sure that we perform to our expectations at the Cup level.”

Asked if sponsorship was a key factor in the decision, Newmark said: “There’s no doubt that sponsorship plays a factor in everything that we do. For better or worse that’s the way NASCAR is structured right now and sponsorship is the lifeblood for the teams. My hope is that at some point in time we continue to evolve to a model that moves a little bit way from that. But that was just a factor. We had a great run with Lilly Diabetes, five full seasons, we handled the Ford driver development program last year and the Xfinity Series is something that Jack (Roush) has always been passionate about.