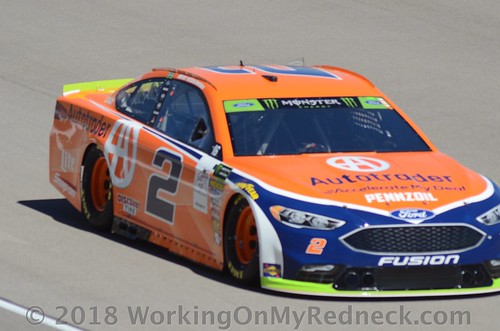 Last week’s Dover winner Chase Elliott leads the competition with a 93.7 driver rating and a 4.0 average starting position at Talladega.

Chevrolet leads manufacturers with 40 wins at the track, Ford is next with 27, including the last six straight.

Talladega is such an unpredictable venue that five times a non-Playoff driver has won the race. The last time that happened was 2013 when Jamie McMurray won.

Martin Truex Jr.’s 13 DNFs at Talladega is double that of any other Playoff driver.

Jimmie Johnson won the 2006 title after finishing 24th – the lowest finish by a driver who went on to hoist a championship. Last year’s Cup champ Truex finished 23rd in the Talladega Playoff race. …

The outside pole position is the most prolific starting position, producing 20 race winners.

The farthest back a race winner has started is 36th (Jeff Gordon in 2000).

Stenhouse leads all drivers in the field with a 11.0 average finishing position. …