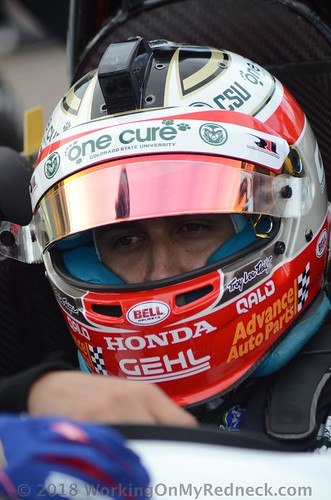 GRAHAM RAHAL, No. 15 Bobby Rahal Automotive Group Dallara/Honda/Firestone:  “Most importantly, I’m hoping for good news on Robbie. I’m sure he is a little banged up which we all would be in that situation.  I started racing against Robbie and Hinch when I was 10 years old. We’ve had a lot of good battles over the years and he’s had an amazing year so I hope that his recovery will be extremely quick and he’s back out here with us. It’s a real shame about the start of the race because I think our car might have been better than Rossi’s. It was a very good race car.  It’s a shame but we can take a lot of positives out of this and move forward so I’m pretty pleased.”