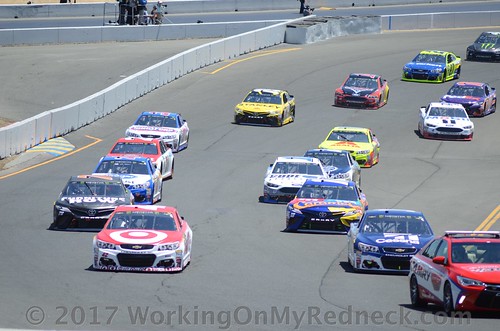 After partnering with Chip Ganassi Racing (CGR) for three seasons in the NASCAR Xfinity Series (NXS), DC Solar is moving to the Monster Energy NASCAR Cup Series (MENCS) for the 2018 season as a primary partner with both Kyle Larson and Jamie McMurray. Wasting no time getting on track with Larson, the No. 42 Camaro will feature DC Solar as the primary partner for ‘The Clash at Daytona’, the season-opening non-points race.

In addition to partnering with CGR in the MENCS, DC Solar will continue to be seen in the Xfinity Series for several races on the No. 42 Chevrolet with both Larson and McMurray behind the wheel. The partnership with CGR will also extend to INDYCAR in 2018, where DC Solar will serve as an associate sponsor on both the No. 9 and 10 cars, driven by Scott Dixon and Ed Jones respectively.

While DC Solar has been a recognizable name on track for several seasons in NASCAR, including on the car and as a race sponsor, the clean energy company has been recognized by fans outside the race tracks as well. DC Solar provides mobile solar lighting solutions, EV chargers, and power stations to numerous tracks, including Charlotte Motor Speedway, ISM Raceway (Phoenix) and Darlington Raceway. DC Solar is also in partnership with ISM Raceway for its $178 million modernization project, where the company is powering and lighting nighttime construction for what is sure to be one of the most exciting new venues for motorsports in the U.S.

DC Solar is a clean energy company that specializes in mobile solar products. Our flagship product, The Solar Eclipse, is the most widely distributed mobile solar generator in the U.S. and has revolutionized the solar industry by taking the technology off-grid. DC Solar serves a wide range of industries, including emergency preparedness/disaster response, construction, telecommunications, EV charging, sports, entertainment and agriculture, to name a new. DC Solar’s mission is to promote a healthier planet by offering unique solar products that make a difference in how people use and think about power.  For more information please visit: http://www.dcsolardistribution.com/

Chip Ganassi has been a fixture in the auto racing industry for over 30 years and is considered one of the most successful as well as innovative owners the sport has anywhere in the world. Today his teams include two cars in the Verizon IndyCar Series, two cars in the Monster Energy NASCAR Cup Series, one car in the NASCAR Xfinity Series, two factory Ford GT’s in the IMSA WeatherTech SportsCar Championship, and two factory Ford GT’s in the FIA World Endurance Championship. Overall his teams have 18 championships and 199 victories, including four Indianapolis 500s, a Daytona 500, a Brickyard 400, seven Rolex 24 At Daytonas, the 12 Hours of Sebring and the 24 Hours of Le Mans. Ganassi boasts state-of-the-art race shop facilities in Indianapolis and Concord, N.C., with a corporate office in Pittsburgh, Pa.