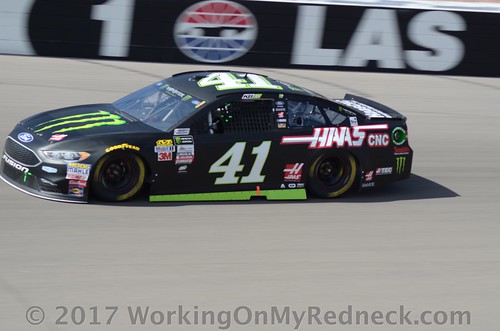 ● Early in the run, Busch said his Haas Automation/Monster Energy Ford Fusion was tight on the exit of each turn.

● On lap 54, Busch pitted for four sticker tires and fuel while in fourth position.

● Busch was fifth when he pitted on lap 88 for four tires, fuel and a tire pressure adjustment.

● While in fourth place, Busch pitted for four tires and fuel.

● On lap 173 Busch pitted for four tires, fuel and a tire pressure adjustment.

● Busch was fifth when he pitted on lap 226 for four tires, fuel and a tire pressure adjustment.

● On lap 231, Busch had to return to pit road because a lugnut was caught between the wheel and the hub, which caused a vibration. The crew changed four tires.

● During the caution on lap 269, Busch was 18th but returned to the lead lap.

● While running 13th, Busch pitted on lap 285 for four tires, fuel and a tire pressure adjustment.

●  There were eight caution periods for a total of 40 laps.

●  Kevin Harvick won the AAA Texas 500 to score his second NASCAR Cup Series win of 2017, his first at Texas and the 37th of his career.

“We had to rebound from when the lugnut got stuck behind the wheel – the right-front wheel to the brake rotor and all that. Man, we just still want more. We’re so close to being what we want, but we just still aren’t in that top-five group right now. We’ve just got to find a little more. I’m real happy with our effort. We finished in the top-10 after a pit road mishap, so it’s a good day.”

The next event on the Monster Energy NASCAR Cup Series schedule is the Can-Am 500 on Sunday, Nov. 12 at Phoenix (Ariz.) Raceway. It is the ninth race of the 10-race playoffs and starts at 2:30 p.m. EST with live coverage provided by NBC. 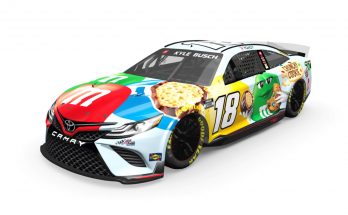