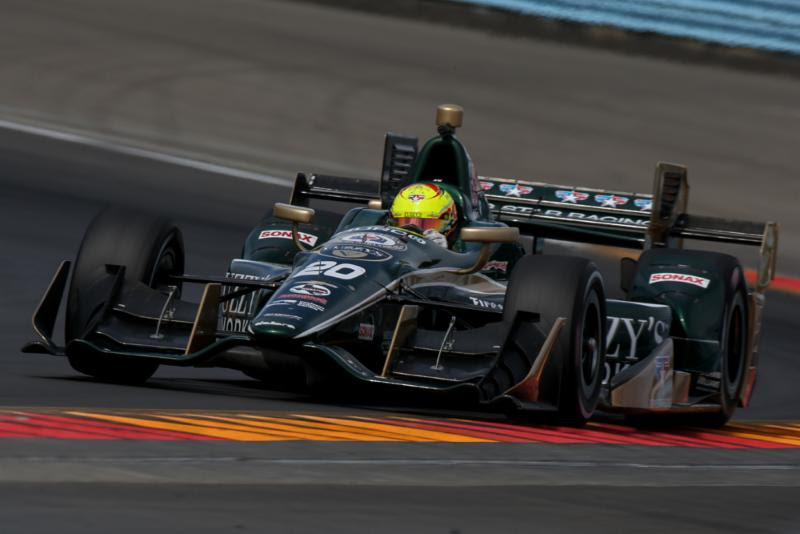 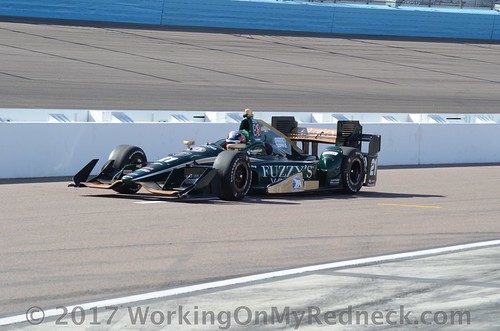 SPENCER PIGOT (No. 20 Fuzzy’s Ultra Premium Vodka Chevrolet), Finished 12th:  “It was an up and down race for us! We were near the back, other times we were near the front and at one point we were leading. It just flip-flopped throughout the race. I made a mistake at the beginning and spun, dropping us to the back. Then, on the pit stop sequence, we were able to leapfrog the field. It was nice to lead a few laps! I had to top off on fuel and get a new set of tires towards the end, which put us near the back for the final start. We got a few positions back, but overall I thought we would be able to finish a bit higher up. Thanks to the Fuzzy’s guys in the pit lane for doing a great job!”

JR HILDEBRAND (No. 21 Fuzzy’s Ultra Premium Vodka Chevrolet) Finished 15th: “We had set the car up really banking on rain coming at some point and it just never did! We didn’t have the straight-line speed to hang with as many restarts as there were, so we almost needed some rain. Frankly, I’m actually happy we were able to hang as tough as we did on those restarts. If the weather conditions had been like what was forecasted, it would have been the right call. It’s nobody’s fault! We tried to make some strategy work and it just didn’t end up panning out. I’m proud of my Fuzzy’s Vodka guys for pushing through what’s been a tough weekend. We’ll look back on it and learn some things and now we look forward to the final race of the year in Sonoma.”