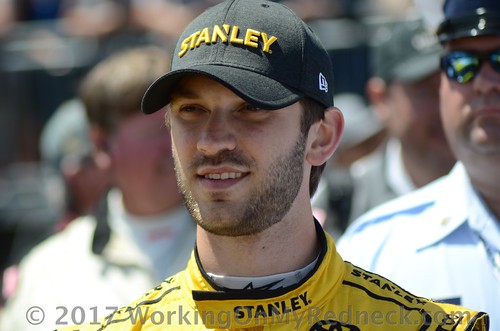 Coming into this weekend, Joe Gibbs Racing’s Daniel Suarez was on a streak of four consecutive top-10 finishes in the Monster Energy NASCAR Cup Series and was looking to make it five. Unfortunately his day was cut short after tangling with Kasey Kahne late in the race.

Kahne, driver of the No. 5 Hendrick Motorsports Chevrolet SS, was attempting to pass Daniel Suarez for position on Lap 139. But he pulled up before he cleared Suarez. The contact slammed Kahne’s right side into the outside wall just past Turn 2 ending his day. He finished 38th.

“We had to fight from the back and had a good LIFTMASTER Chevrolet,” Kahne said. “We kept working to get up there. Daniel (Suarez) was going backwards and I was going by and I ran the bottom. I expected we could be close off the corner, and I was just coming off and then we hit.”

Suarez was having another good run in the first stage of the race in the No. 19 Joe Gibbs Racing Toyota Camry, but in the final stage he started to struggle with a tight racecar before the incident.

“I was trying to give him some room, but actually I got out of the throttle at that point, but I don’t know if he was told it was already time to go up – I don’t know. It’s just unfortunate because we came from a streak of top-10s, and now this is going to be the end of it,” said Suarez, who finished 37th. “We’re going to regroup and come back stronger next week.”