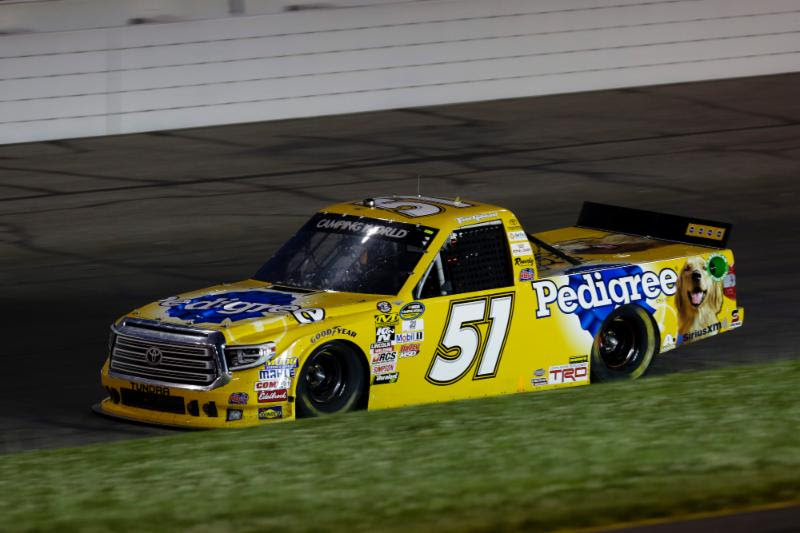 Todd Gilliland, driver of the No. 51 PEDIGREE® Toyota Tundra, ran a promising race in Saturday night’s Drivin’ For Lineman 200 at Gateway Motorsports Park until a transmission problem ended the rookie’s night early. The 160-lap race was only his second-career start behind the wheel of the Kyle Busch Motorsports Tundra for the NASCAR Camping World Truck Series (NCWTS).