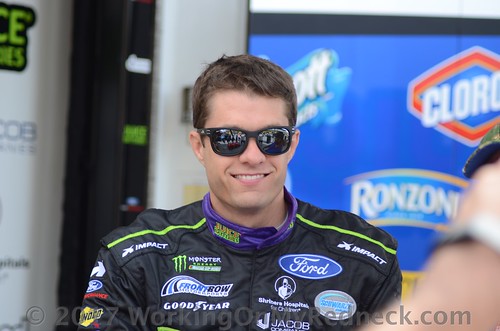 “Things will be a little different for those of us trying to get into the All-Star race this year because we’re back to racing on Saturday night. We’ll be practicing on Friday and have time to adjust on the car and make tweaks before we get ready to go Saturday. There are some really fast cars in the Open. You’ve got Chase Elliott, Trevor Bayne, Ryan Blaney – guys who are quick that would be in contention to win the All-Star race if they were to advance. We’ll have to beat those guys to race our way in.

“I think the new softer tire option is awesome. I think it’s something that, if it goes well, we could see implemented in the Monster Energy NASCAR Cup Series at some point down the road. It’s something I’ve been an advocate for for a long time. We try to create ways where guys in the front don’t have quite as much of an advantage from an aero perspective. And I think this tire combination – if it plays out like we all hope it will – will give those guys mid-pack and back a chance to race hard and be aggressive and have a little something that those front guys don’t. Other series have done this and it’s worked well. Hopefully we’ll be able to get our Dockside Logistics Ford into the All-Star race and have a chance to try it.”