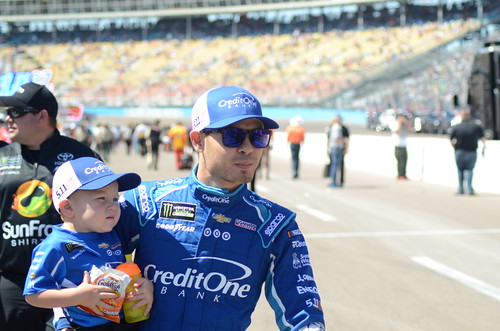 “Young Money” has ascended to the top of the points standings following his third consecutive runner-up showing last Sunday at Phoenix. It’s the latest in the season a Chip Ganassi Racing car has led the standings since Sterling Marlin’s Coors Light Silver Bullet led the field in 2002.

Larson is the first NASCAR Drive for Diversity alumnus to lead the points standings.

The No. 42 Chevrolet driver is the 16th different driver to finish runner-up in three consecutive races. The feat has been achieved 25 times – most recently by Carl Edwards (2011 playoffs). Larson is the first in series history to accomplish the feat in the first four races of a given season.