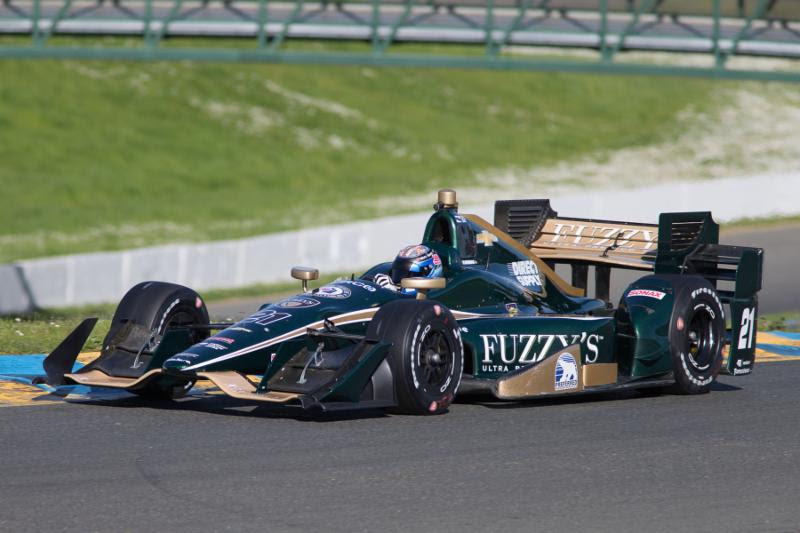 Bankers Financial Corporation (BFC), the St. Petersburg-based insurance, surety and business solutions company, has announced a continuation of its associate sponsorship of Ed Carpenter Racing (ECR) for a third straight year. During the Firestone Grand Prix of St. Petersburg, Bankers will have a presence on both ECR cars, the No. 20 Fuzzy’s Ultra Premium Vodka Chevrolet of Spencer Pigot and the No. 21 Fuzzy’s Ultra Premium Vodka Chevrolet, driven by JR Hildebrand. The event will take place March 10-12, 2017 in the downtown streets of St. Petersburg, Fla. and marks the beginning of the 2017 Verizon IndyCar Series season.

Team owner Ed Carpenter is the only owner/driver in the Verizon IndyCar Series. “Having Bankers join us again as a sponsor for the Firestone Grand Prix is very exciting as we kick off the 2017 season and continue our winning momentum from last season. I have always run our race team with family in mind, so it is a great fit to have family-owned Bankers returning as a valuable team member for the St. Petersburg race,” stated the two-time Indianapolis 500 pole position winner.

About Ed Carpenter Racing
Ed Carpenter Racing (ECR) first entered the Verizon IndyCar Series in 2012. The team is led by IndyCar’s only owner/driver, Ed Carpenter, winner of back-to-back pole positions for the Indianapolis 500 in 2013 and 2014. ECR amassed seven victories and over 20 top five finishes in its first five years. In 2017, Carpenter will compete in all oval events in the No. 20 Fuzzy’s Ultra Premium Vodka Chevrolet while Spencer Pigot will take over at road and street course races. JR Hildebrand will compete for the Verizon IndyCar Series championship as he races the No. 21 Chevrolet throughout the entire season. More information on Ed Carpenter Racing may be found at www.edcarpenterracing.com.