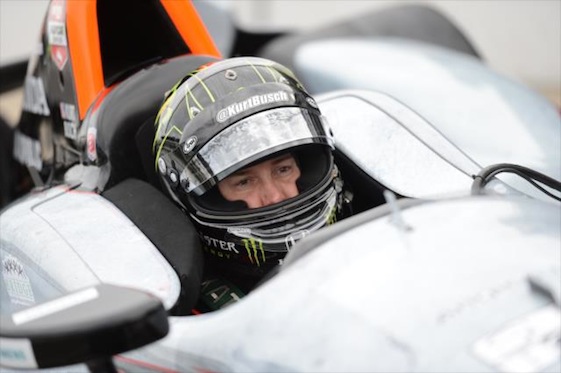 In the first Verizon IndyCar Series race of his career, Busch, in his #26 Andretti Autosport Suretone Honda, was the fastest qualifier (12th) and highest finisher (6th) among the seven rookies in this year’s Indianapolis 500. In addition to the prestige of being named Sunoco Indianapolis 500 Rookie of the Year, Busch also earned a $25,000 bonus from Sunoco as part of his total race winnings of $423,889.

Notwithstanding the fact that KuBu did not finish the Coca Cola 600, he suffered an engine failure at the 400 mile mark of the race, and that he really had a very hard and nasty practice crash on the Monday previous to the race, nevertheless, he pocketed a fair amount of change for his efforts on Sunday!  Kurt made many times more money in one day of work than the average race fans make in an entire year!  Therefore, there is no need to feel badly for Kurt, just because he failed to complete, in it’s entirety, “the double” last Sunday!  The undeniable truth is that he was rewarded very handsomely for his efforts on Sunday!  The paycheck received from the Indy 500 alone will most likely sooth any, or all of his bruised ego!